At Heart of Gold 2019, Xochitl described her project that connects community members with police officers. 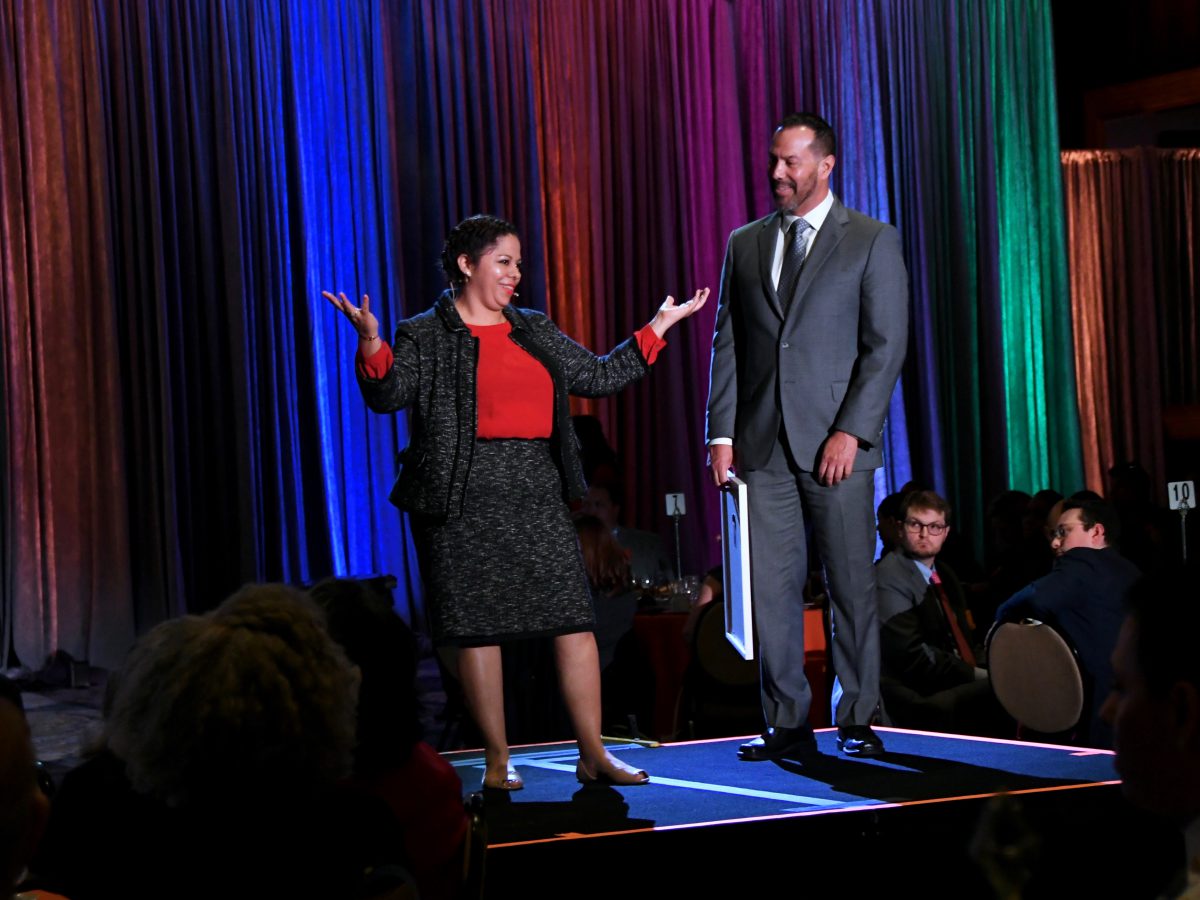 As Xochitl was waiting for her son to be released from karate practice at the BakerRipley Harbach campus, she started talking to the front desk staff. They told her about the Community Engineers Leadership program.

“I thought, whoa that’s a great name for a class. It wasn’t to become a professional engineer but instead an engineer of change. I made the commitment to take this 15 hour class because of the opportunity to learn how to be a leader in the community.”

After finishing the course, she learned about HPD’s Positive Interaction Program, or PIP, that puts on meetings every month. She realized that there was a need for PIP classes to be taught in Spanish.

She arranged Café con la Policia with the help of her teacher, Bolivar Fraga. 42 people came to their first meeting.

Attendees built relationships with police, council members, and other neighbors. They learned how to safely report a crime, even if they are undocumented. They also learned about the government, how the city of Houston runs, and how to improve her communities.

Xochitl received a proclamation from the City because of her hard work. She hangs this proclamation near her front door, so her five children will see what she did and know that they can do anything, too.