“The Cameroonian women we’ve helped have experienced direct and horrific harm, beatings, rape, friends and family members being shot at and killed.” 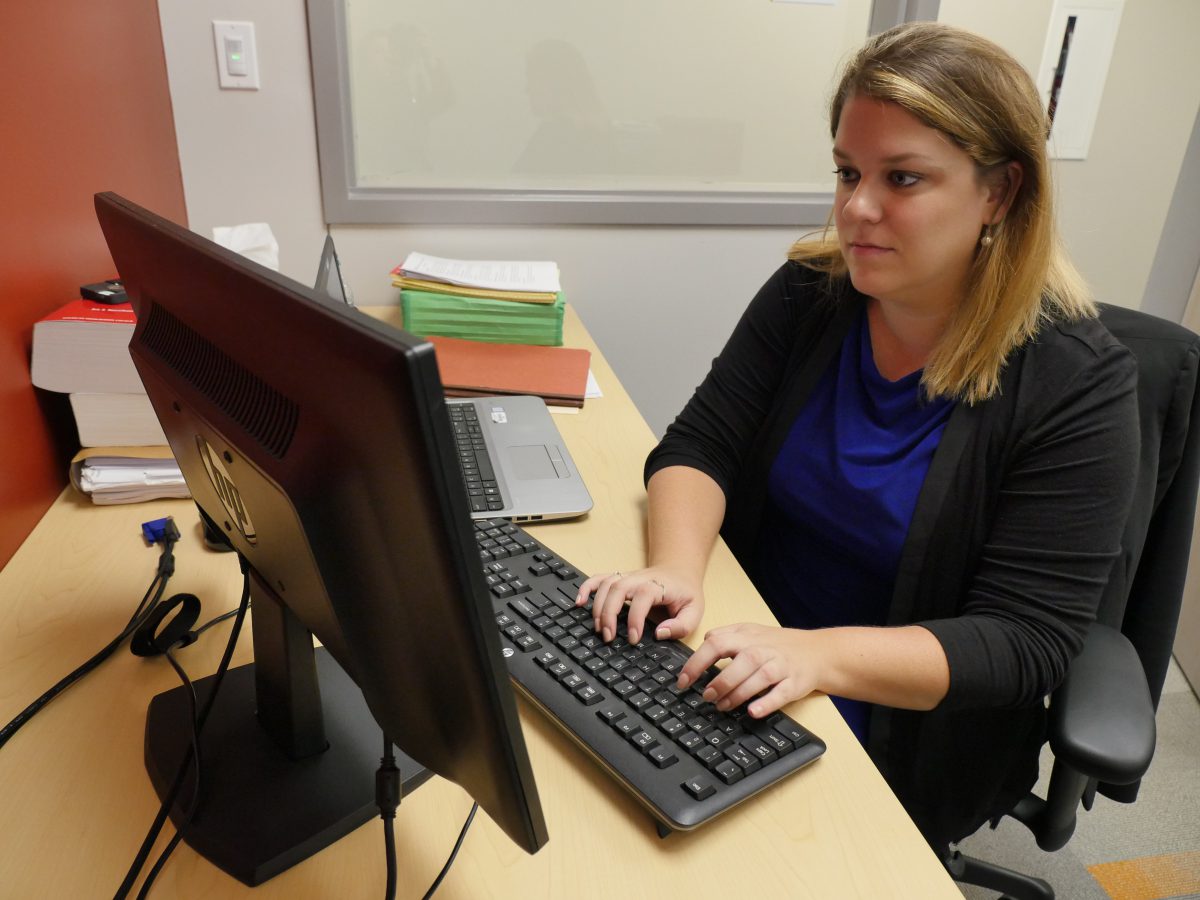 For Kristen Cates, an immigration attorney in our deportation defense team, working with refugees seeking asylum is not something she takes for granted.

“It’s an honor and a privilege to be in a space with someone who has been through a lot of trauma. It’s a difficult and courageous thing that they are doing,” Kristen says.

Most recently, she’s been working with three women from Cameroon who escaped horrific violence and were seeking asylum in the United States. Cameroon has a long history of oppressing Anglophones (English speaking Cameroonians). The violence in Cameroon escalated a few years ago when Anglophone regions peacefully protested the appointment of Francophone staff in their courts and public schools – protests were peaceful until the state met them with force.

In the past two and a half years,if you speak English in Cameroon, you are assumed to be a political dissident and a threat to the government. As a result, the government has started to participate in mass killings, or genocide, of English speaking Cameroonians.

Lizette, one of the Cameroonian asylum seekers Kristen worked with.

The state has raided homes and burned Anglophone villages. When people are arrested by the military, families often don’t hear anything and people are afraid to ask for help because the police work with the government.

All three women we helped fled some form of state sanctioned violence. Getting out of Cameroon was one of the most difficult parts and from there, our clients traveled by foot and on planes and buses –however they could to make it to the United States.

The journeys are long and dangerous, which just shows how important it is that they receive protection. When these women arrived in the United States, they asked for asylum and were immediately detained in Houston area immigrant detention centers. This is where Kristen met them and started legal representation.

“At BakerRipley, we meet each client where they are at, and try to take a trauma-informed approached to representation in their legal case. In order to argue an asylum claim, we need hundreds of pages of evidence and the client has to be prepared to testify for hours in court about the horrific violence they experienced,” Kristen remarks.

Two of the women were granted asylum a few weeks ago and the government is not planning to appeal their cases – an amazing feeling for Kristen.  These women are now living safely in the United States and are on a pathway to U.S. Citizenship.

The remaining woman was released on parole and will be able to pursue her case outside of the detention center context. This makes it easier for her to find representation, evidence, and witnesses to help her case.

At the Detention Center

Detention Centers are like a jail, detainees are in jumpsuits, there’s no freedom of movement, no access to loved ones, and limited access to legal representation because of how difficult it can be for lawyers to meet in person with clients, get phone calls in, and because of the distant location of many of these detention centers.

“For these women who have suffered so much, being in the detention center is another layer of trauma,” Kristen explains.

When they are able to meet, they are often separated by glass, rooms are small, and it’s often difficult to hear.

“Meeting with me is not fun, I’m making people recount some of the worst things that ever happened to them as I prepare them to talk to a judge,” remarks Kristen.

Getting paperwork signed is often a huge challenge and sometimes lawyers have to wait more than 5-6 hours to see their clients.  These are the type of things that discourages organizations from taking these cases.

This is what BakerRipley is all about

For Kristen, knowing that these women will have another chance is one of the best feelings in the world.

“It’s indescribable, knowing that someone is going to be able to live their life here in safety and security and hopefully reunite with family and friends,”

This work can’t be done alone and when you support BakerRipley you are contributing to a sense of safety for individuals and families who have escaped dire situations.

“Helping our neighbors, that’s what BakerRipley is all about and I can’t think of a better way of doing that to ensure that somebody is able to become a community member and realize their dream here in the United States.” concludes Kristen.