“The Houston Turkey Trot is the reason I started running." 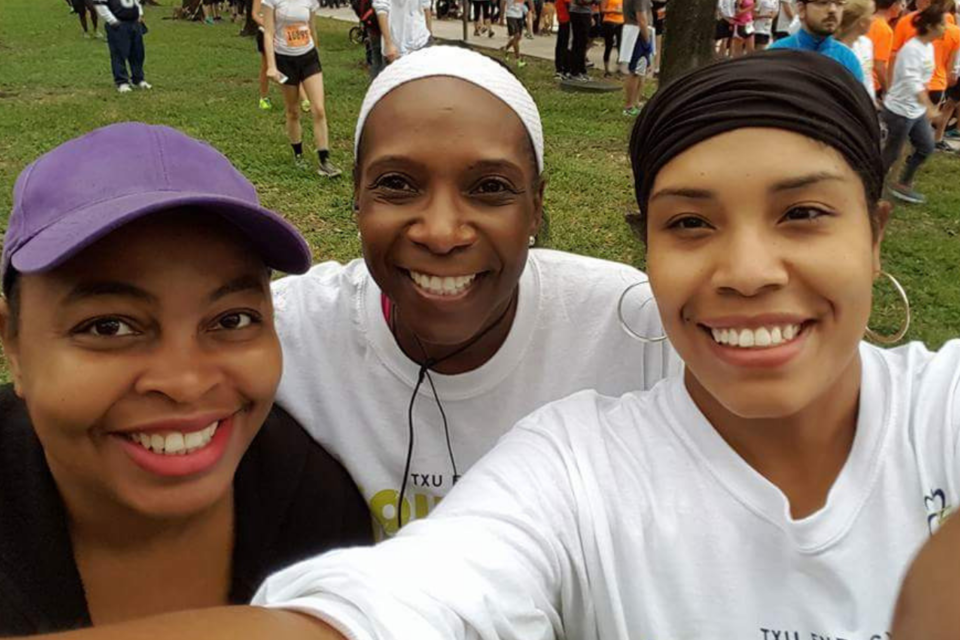 Shronica Randle always envisioned running a 5k. It was part of her visioning board for years. Then one day, she finally decided to go for it.

“The Houston Turkey Trot is the reason I started running,” Shronica said. “I knew it was a great way to support the agency and that it happened every Thanksgiving morning, so I thought, why not?”

Shronica and her mom started training six months before the Trot. That Thanksgiving, they both finished their first 5k after completing the Turkey Trot. She was so proud of their accomplishment that she wanted to keep going.

She found a local running group called Black Girls Run and signed up for her local neighborhood group. Since then, she has run multiple 5ks, the Houston Run Series and three years of Turkey Trot.

“I just had a baby so I’m starting all over with the training process. But I’m doing this year’s Turkey Trot and I’ve signed up for a 15k in March,” Shronica said.

She’s convinced friends and family to join her on her running journey, and says of all the races she runs, she knows the impact of this race first hand. Shronica handles the BakerRipley Senior Services intake line that helps connect seniors and caregivers to our services.

“I see how the Turkey Trot benefits our community and our seniors. We aren’t just doing it to raise money,” Shronica said. “It’s about creating a family tradition, about volunteering and being a part of the event.” 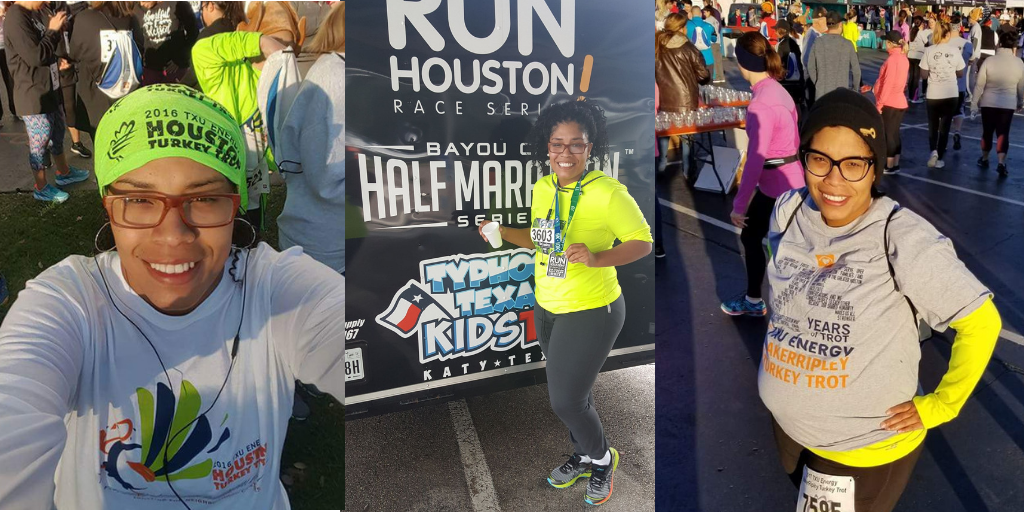 The way BakerRipley works every day – relying on the belief that everyone deserves an opportunity to earn, learn and belong – is evident even at the Turkey Trot.

“We have a group of seniors that are there every Thursday morning, bright and early, ready to serve and do whatever they can,” Shronica said. “It makes them feel like they’re not just older people stuck in a senior center – they have something to contribute as well.

“Don’t be afraid to actually start. Don’t think you got to come out the gate running, or that you’ll be the last one across the finish line,” Shronica said. “I don’t actually run, I kind of jog. I pick someone out of the crowd and make sure I follow them all the way.”

Since Shronica participates on race day, she chooses to volunteer at packet pick-up. She recalls stories of families coming out year after year as tradition.

“To see everyone out there – the families, the runners, the young kids who volunteer – just to see them up on Thanksgiving morning when they could be sleeping in – it shows we still have people in the world that really want to see something great.” 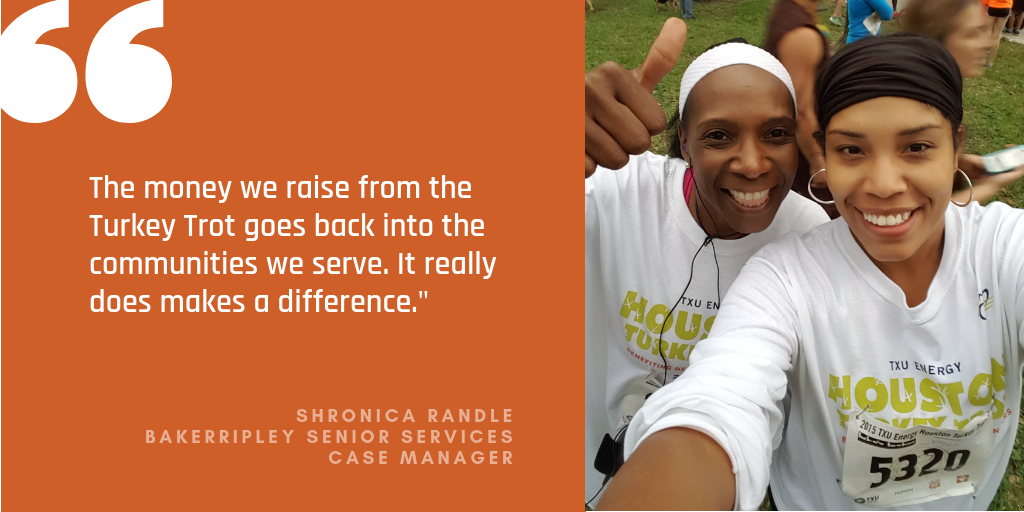