Voices of DACA, a BakerRipley Conversation 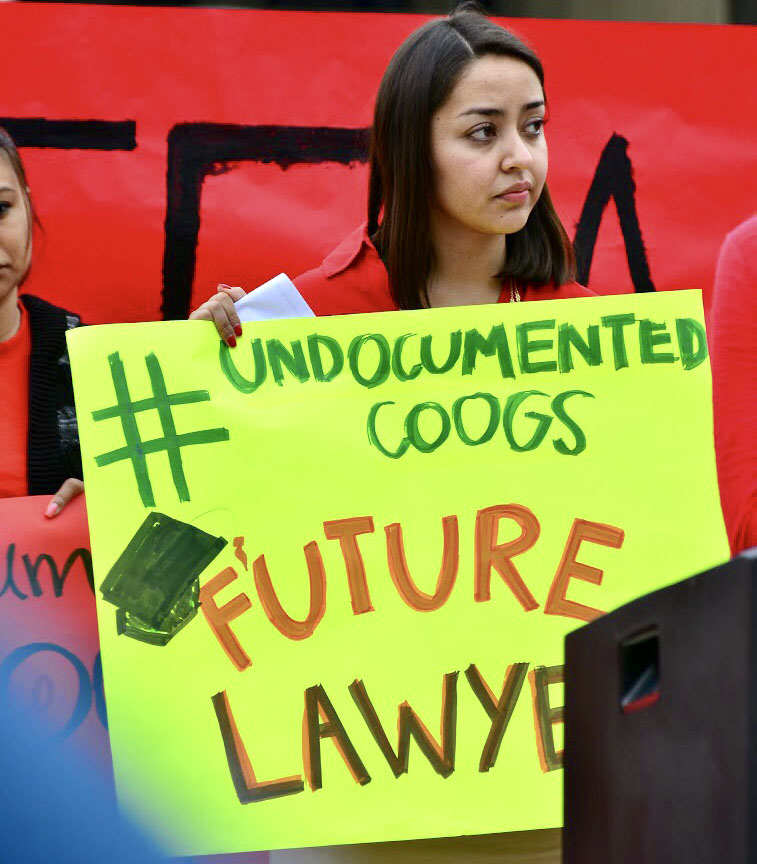 June 15, 2022, marks a historic moment: the 10th anniversary of the announcement of DACA.

While this anniversary will forever hold historical significance in Houston and the rest of the country, its real impact can only be fully understood through the voices of those at its center … our Houston neighbors, and those who work to help them achieve protected status.

We want to celebrate their journey. And we want to better understand the full depth of DACA’s impact on our local communities.

We want you to meet Jill, Monica, Oscar, Karla, Mirla, Sandra, and Ximena. Right now, you can hear them share their DACA stories, emotions, and hopes for the future.

In the 2000s, before DACA, Houston-area DREAMers, immigrants without legal status who were brought into the country as children, lived with overwhelming uncertainty. Permanent legal protection in the form of a DREAM Act continued to fail in Congress, and the risk of being deported was always present. Additionally, these young immigrants who had been raised and educated in the U.S. found themselves in limbo after graduating from college, not authorized to work, and without a pathway to permanent legal status.

Imagine trying to build a life … trying to grow up … with this constant uncertainty.

But with DACA came the chance for change. After years of grassroots advocacy for protection for DREAMers without significant policy change, DACA’s announcement seemed sudden. There were as many questions and concerns as there were opportunities.

BakerRipley lawyers, volunteers, and employees dove in to help. Since Summer 2012, BakerRipley has helped file over 2,000 applications under the DACA program. Today, DACA renewal legal assistance represents 20% of the legal cases opened in the program in 2022.

For DACA applicants and those seeking a more permanent solution, the opportunity for life change is profound.

It’s easy to take for granted what those little numbers on our social security card mean. They give us the security to chase our hopes and dreams.

But our neighbors depending on DACA don’t have the same long-term security afforded to green card holders or U.S. Citizens.

DACA’s opportunity was coupled with very deep, real fear. The forms necessary to apply for DACA — to unlock your American dream — could also bring government agents to your door should DACA be rescinded. And your ability to work legally could be taken away by an Executive Order or a Federal Court case.

On September 5, 2017, fear became a reality. Hurricane Harvey was drowning much of Houston. Homes were destroyed. Families were displaced. This was the moment that DACA was canceled.

Not only were future DACA application opportunities revoked, but current DACA recipients had only 30 days to file for their last renewal. They had to complete this task amidst the chaos and displacement of the Hurricane Harvey disaster. And while the Federal Courts ultimately allowed current DACA recipients to continue renewing their status past 2017, the program was completely shut down for new applicants.

BakerRipley lawyers, employees, and partners—sometimes working in improvised offices with receded flood waters—once again stepped in to change lives and futures. In the 30 days that followed Hurricane Harvey, the program filed over 200 DACA renewal applications.

If anyone could be skeptical and scared, it’s the individuals living with DACA. But as you’ve heard today, they are resilient. They are hopeful. They are taking a stand for a better future for themselves, their communities, and Houston.

Currently, the BakerRipley Immigration & Citizenship program has over 100 DACA applications frozen in processing due to a 2021 Federal Court decision halting DACA applications for new applicants after the Supreme Court permitted them to be filed.

In fact, on Wednesday, July 6, 2022, the Fifth Court of Appeals heard oral arguments in the case of Texas v. USA, a federal lawsuit in which Texas Attorney General Ken Paxton is suing to stop the continuation of the DACA program. This leaves Houston neighbors with DACA status and those who have “frozen” DACA initial applications in an uncertain position.

It’s impossible to know for sure what the future of DACA is: Without legislative action to create permanent protections, DACA recipients will constantly be in uncertain territory.

But we do know this: we have an opportunity to stand up and stand together for our neighbors. Volunteerism, advocacy, donations to BakerRipley … these are just a few ways you can directly help individuals like those you’ve heard from today.

These voices of DACA matter, and that’s why your engagement matters.
At BakerRipley, we’re proud to stand with each of you willing to help out Houston neighbors.