Trotting Through the Years with Amy 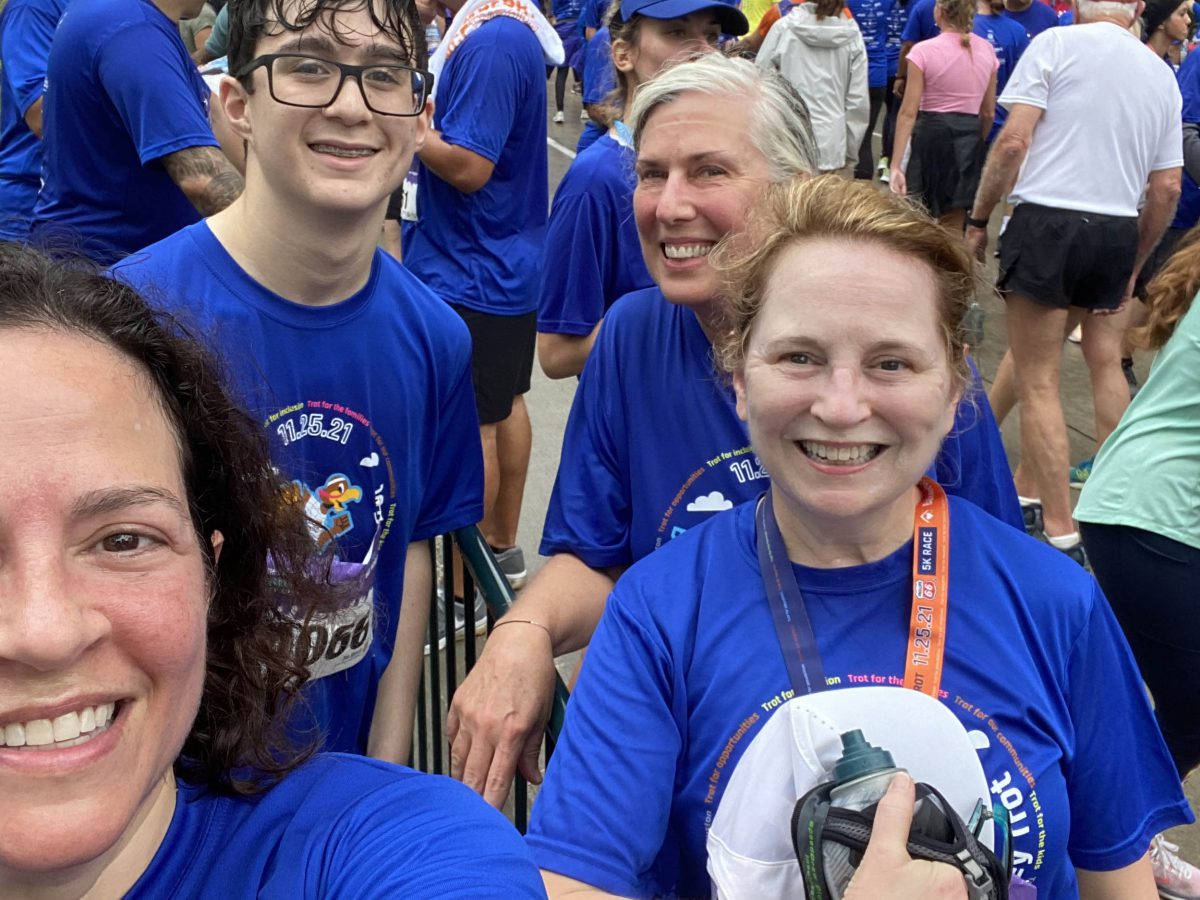 In 1992, Amy Ragan was working for Sheltering Arms’s marketing team when her Executive Director saw an opportunity. Amy, a petite but energetic Houston woman with a contagious smile, remembers that moment well. It was the beginning of the BakerRipley Houston Turkey Trot, a tradition thirty years in the making.

“He came to us and said, ‘there isn’t a race around Thanksgiving’.”

It was as simple as that. Amy’s team was challenged to create an event that would raise awareness for the organization, while creating warm Thanksgiving memories for everyone who participated.

In its first year, the race was only a 5k. A race director was hired to develop the route. Amy designed the first registration form. They found volunteers to bring food and water to the race on Thanksgiving day. They even found a generous woman who was willing to act the part of the grandma!

“It was fun!” says Amy. And while they only had 250 runners that first year, they created some great memories.

Amy’s mother – in a wonderful show of support — came out to run. She was in her late 60’s, and was definitely not a trained runner.

“She got there really early. She ran the race. And then she went home because she had to get Thanksgiving going. And at the end, when they announced the race winners, my mother won first place! Which is absolutely hilarious because she was not a fast runner.”

They soon renamed the event the Turkey Trot, and it just kept growing. And even after Amy left employment at Sheltering Arms, she continued to participate in the Turkey Trot.

“I’ve run it every year I’ve been in town for Thanksgiving. I’m not that fast or anything, but it’s fun! I like it.”

The course changed. More race distances were created. More festivities, benefits, and attractions were added. But through it all, the impact of the Turkey Trot remained the same.

Every Turkey Trot participant and volunteer should feel proud. Your efforts made a tangible impact for Houston men, women, children, and families who needed a way to move forward.

“I think it’s a wonderful way to help a lot of people who need services,” continues Amy. “The funds that they’re raising through the Trot are enabling BakerRipley to provide more services to more people [around the region].”

It can be easy to forget this impact amidst all the fun, craziness, and energy of the Trot itself, but the awareness and resources that are generated lead to life change every year.

“It’s a great race,” finishes Amy, “and it’s a great cause. I encourage everyone to keep coming back and bringing their families.”

So from Amy and everyone here at BakerRipley: thank you!