The Fragas Have Shaped Houston for Decades 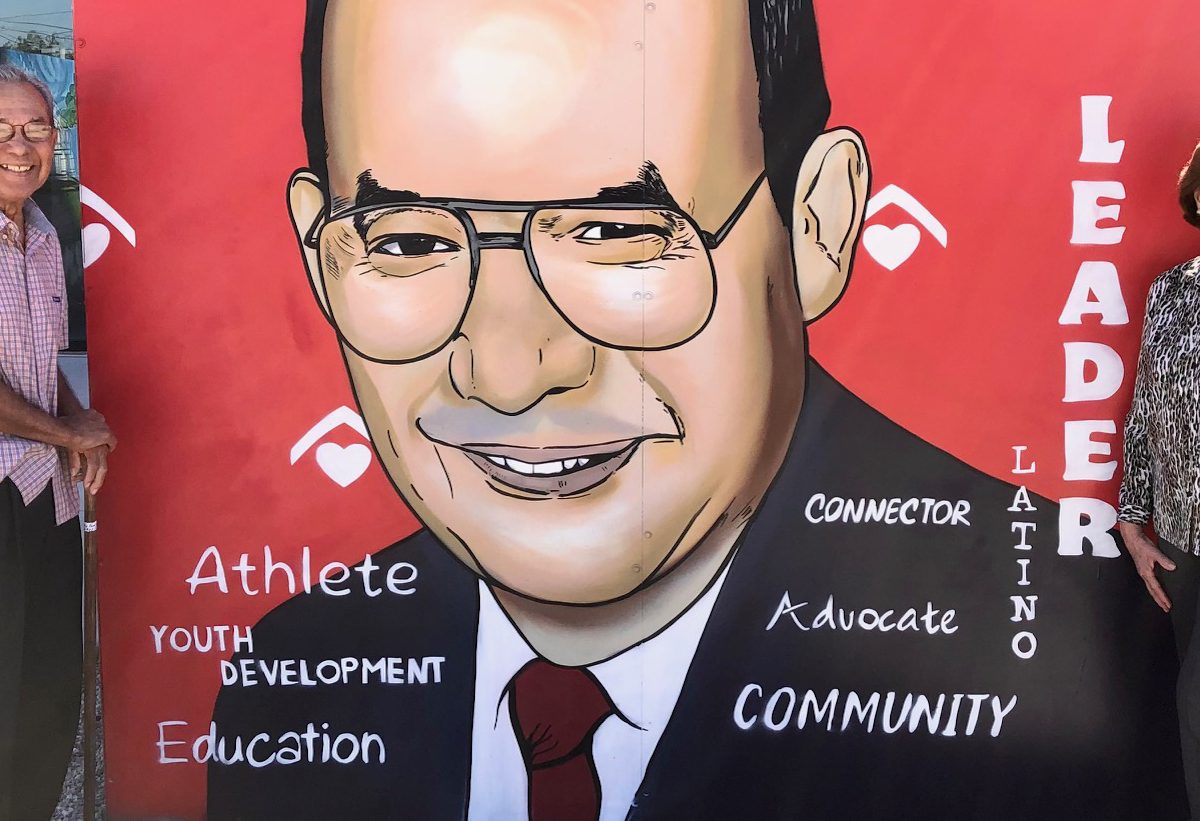 Today, please join us in honoring and celebrating a special family who has positively impacted generations of Latino Houstonians… the Fragas.

“People say service with BakerRipley is in my blood,” says Bolivar M. Fraga.

And he’s right. His parents, Felix and Nelly Fraga have been serving the community for decades and are considered iconic leaders among the Houston Latino community.

Bolivar (called “Bo” by his friends) sits with his parents at a kitchen table. Felix, who is turning 92 this year, and Nelly both share Bo’s warm smile, and he got his passion for helping Houston from them.

Bo says his father always called this passion a spirit of “enlightened self-interest. Because he feels so good helping other people that he wants to do it.”

The story of Felix Fraga’s life is inseparable from the story of BakerRipley’s beginning.

It started in Houston in the 1930’s. Felix was a good kid and a talented baseball player. There was also something special about Felix. And this something special got Felix noticed by an important man. His name was Franklin Harbach, the Director of the Houston Settlement Association from the Second Ward’s Ripley House. Mr Harbach invited Felix to volunteer at the Rusk Settlement, not far from Ripley House, and later offered him a job as a youth worker.

He encouraged Felix to finish high school. Then, when the time was right, he helped secure a college scholarship, helping Felix become one of the few Latinos from the Second Ward to attend college.

A CHOICE TO GIVE BACK

In college, Felix flourished, splitting his time between earning a bachelor’s degree in social work and excelling on the baseball field. He was the first Hispanic (Mexican-American) to play varsity baseball for the University of Houston.

At this point in the interview, Nelly leans forward proudly: “They were always saying that he was going to be a star in baseball. But he didn’t accept that. He preferred to be working in the community every minute.”

And she was right. After graduating from U of H, Felix played minor league baseball for some time. Later, he had a choice between pursuing professional baseball or earning a master’s in social work. For Felix, the decision wasn’t all that difficult. He chose to make a difference in his Houston community through social work, and he’s never looked back.

Felix has worked continuously for BakerRipley since 1946, beginning his career with the Agency as a youth worker at Rusk Settlement. From 1990 until today, Felix has served as BakerRipley’s Vice President of External Relations.

“I just feel great to help others get a better life,” reflects Felix. “And many of those people we helped continue helping other people. It was a great thing to see.”

Felix met Nelly in 1966, while working at Ripley House. She came to Houston from Guayaquil, Ecuador, as part of a professional development program for social workers from other countries. At the time, the 2nd Ward was further transitioning from being primarily an Anglo neighborhood to a Hispanic one. With Felix at Ripley House, the Agency was focusing its efforts on serving the changing demographic.

It wasn’t long before they were married, and they’ve spent their lives doing what they both love … creating opportunities for their neighbors to earn, learn, and belong.

In 1979, Nelly co-founded the Ripley House Ballet Folklorico, which later became Ambassadors International Ballet Folklorico, an organization that helps keep the traditional Latino culture strong in Houston. In addition, it has served as a positive extracurricular activity for countless children and youth. A number of them have gone on to teach folklorico dances elsewhere as paid instructors.

“Having another income for those young people is so great,” says Nelly.

In a similar way, she supports BakerRipley continuing its skill-building classes, like cake baking and sewing, because they offer people, particularly women, the opportunity to earn an income in these difficult times.

The Fragas have shown us generation after generation what it means to create pathways to possibilities for Latinos and others. And we’re proud to celebrate them at BakerRipley’s Turkey Trot this November.