Stories from the Recovery: Monique’s Journey

Monique Lampkin experienced financial hardship during the months following Hurricane Harvey, but that didn't stop her from asking for help and getting back on her feet. 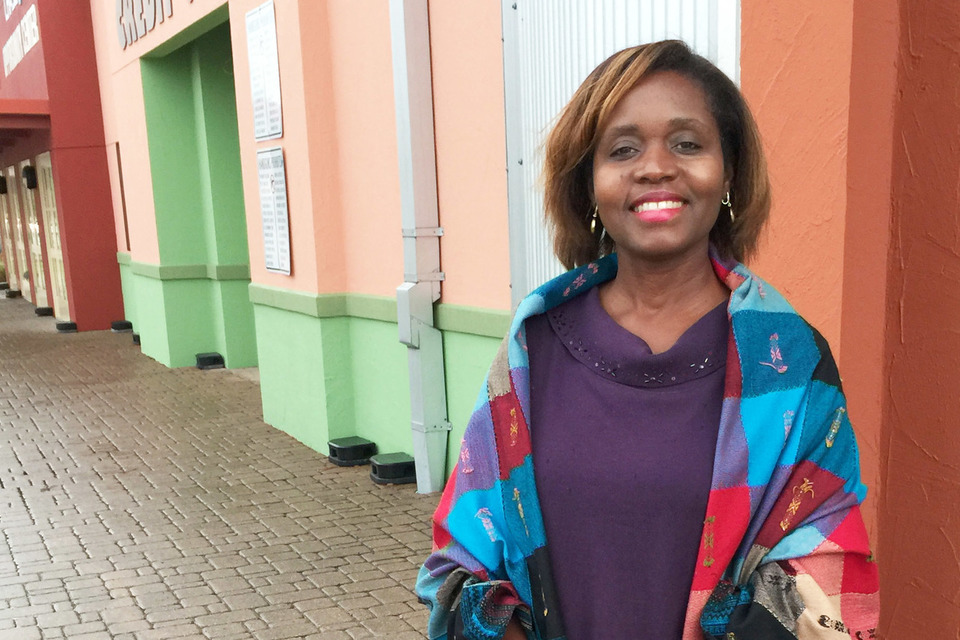 We are sharing stories of our neighbors who have been affected by Hurricane Harvey and how they’ve moved forward. If you want more information on our disaster recovery work, read our blog on our approach to long-term disaster recovery in Houston.

“Although I was impacted by Hurricane Harvey, I am so blessed… I am so grateful of how you were a catalyst to help me in time of desperate need. I do not take your generosity for granted,” she penned. “Your care has given me so much hope for 2018.”

Monique lives in Richmond, not far from the banks of the Brazos River. When Hurricane Harvey hit, she wanted to wait the storm out but had to evacuate to a shelter in Rosenberg when the waters breached.

She returned home on Labor Day, and while her home didn’t sustain severe damage, the next couple of weeks threatened to pull her under.

“I already went into Hurricane Harvey with a level of stress because I’ve been laid off of my job from oil and gas since 2015. My car was totaled in the April 2016 floods, and I’ve been struggling to make ends meet,” Monique shared.

Currently working as a substitute teacher at a local school and unable to work during the week of the storm or the following days, Monique realized the gap in income could threaten to force her into foreclosure. She had already exhausted all of her personal assets, so she reached out for help.

“Harvey just pushed me over the edge. I can confidently say that without BakerRipley’s help, I would be homeless right now,” Monique expressed. “They went above and beyond making resources available and known to the community.”

Due to the high volume of people applying for aid, it took some time before Monique was able to talk with with Carol Woodard, a BakerRipley case manager.

“During the initial intake interview, Carol really tried to help me understand how the process worked,” Monique explained. “At first, she was kind of just being my therapist and letting me talk. I found Carol to be an empathetic listener – she asked thorough questions to understand what brought me to BakerRipley, what my needs were.”

Monique explained it took her over three weeks to receive assistance with her mortgage, and her and Carol exchanged over 200 emails, their primary means of communication.

“They saw something in me, and while I didn’t expect anymore than 1 month of assistance, they helped me get my mortgage caught up with 3-4 months of future payments,” Monique said. “Not only that, but when the appraiser noticed water damage in my house I hadn’t originally spotted a couple weeks later, Carol was right on it.”

Monique’s challenges aren’t over. With two degrees in hand, she’s still looking for a full-time position. Her car died last Tuesday, and she’s working to find a reliable mode of transportation from her home in Richmond.

“There’s still a lot of caring people in the world, and no matter what is going on, I can see the legacy of Alice Graham Baker,” Monique states. “I know it’s alive and well. That woman was a forerunner – you all are the fruit of her legacy when you service us.”

Monique mentioned that all the organizations she encountered during Harvey – the first responders, the Houston Galveston Area Council, the Salvation Army in Ft. Bend County, and the United Way THRIVE program who referred her to BakerRipley – all went out of their way to help her.

“All of them managed to keep it together, even if they were personally affected, and worked hard on our behalf for whatever we needed,” Monique shared. “I’m very appreciative to all of them.”

This assistance gives Monique a chance to get back on her feet, and once she finds that full-time job, she wants to donate back to the agency.

“I count my blessings on a whole different level now, I wanted you to know my story and how much I appreciate it.” Monique expressed.