Stories from the Recovery: A new lease on life

“The financial assistance and the finished bathroom is a dream come true - and a prayer answered,” Melba said. “I’m so grateful for my case manager, the builders and BakerRipley." 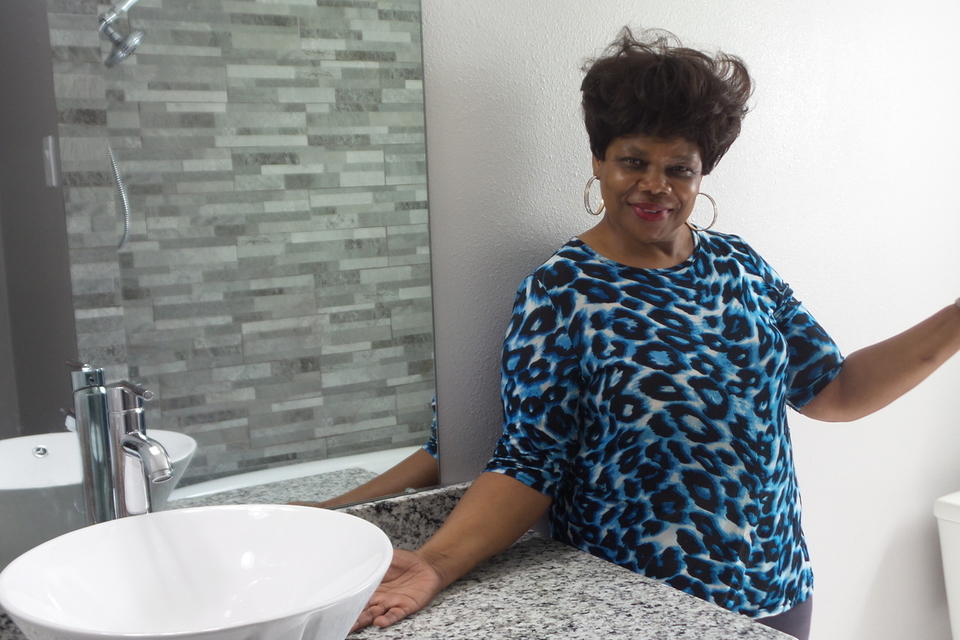 Resilient. A go-getter. Not one to give up. These are characteristics Melba Carter used to describe herself, until Hurricane Harvey flooded her home of almost 20 years. The storm did more than leave visible damage inside the home, it dealt her a psychological blow she wasn’t sure she could recover from in the weeks and months ahead.

“The water came up the driveway, under the door and into the house,” Melba said. “It also came down through the pipes, up through the bathtub, soaking the sheetrock and carpet. It just wouldn’t stop.” 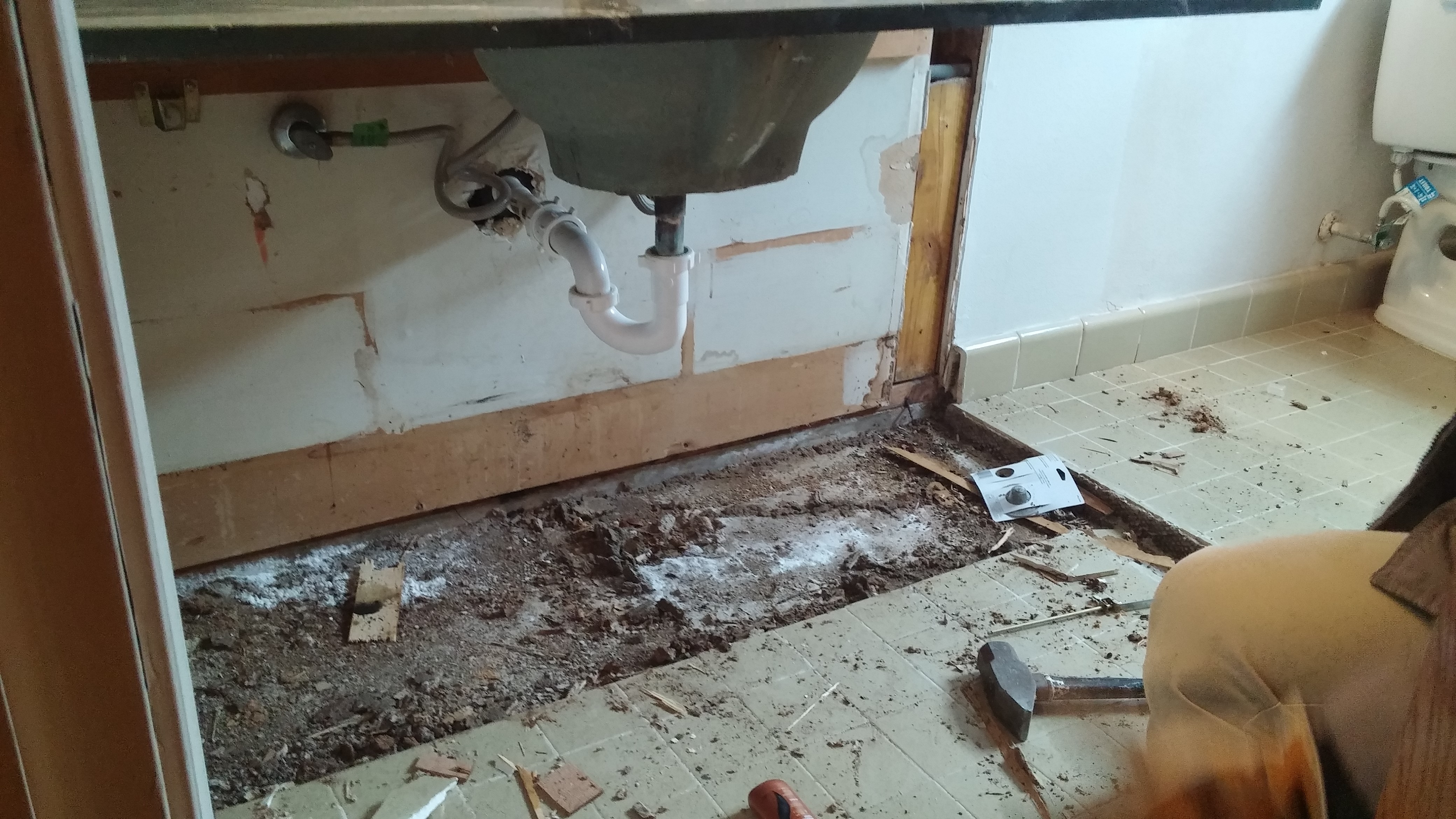 BakerRipley first met this 62-year-old single mother in April 2016, when water came into her home during the Tax Day Floods and case management helped her recover. During Harvey, she had close to two feet of water in her home and desperately needed help with mold and repairs. Shortly after Harvey, Melba became a victim of contractor fraud. She then turned to BakerRipley again to restore her hope late last year.

“I had given up all hope. I was depressed,” Melba said. “I lost my teaching job because the school flooded. I found myself unemployed with a damaged home. The Mayor’s office referred me to BakerRipley and I decided I had nothing to lose, so I made the call. Once I met my BakerRipley Disaster Case Manager, Jaime Obando, I knew I had someone on my side and he walked me through filling out paperwork in order to get my bathroom restored.”

Jaime made sure Melba knew she had someone she could count on through the tedious process of filing for financial assistance. But last November, the two hit a speed bump.

“When we submitted the first unmet needs package, the contractor she chose failed to submit a verifiable W-9 form,” Jaime said. “We had to start back at square one, select a new contractor and file the paperwork again.”

Melba became discouraged, but Jaime kept her focused. By December, she found a reputable contractor thanks to a friend’s referral.

“I would call Mr.Obando, even after work hours, and he’d answer my calls about the restoration process,” Melba said. “It made me feel like a human being, like somebody cared. At that point, I found new hope that Mr. Obando could help me. I felt secure with the builders that I wouldn’t fall victim to fraud again and they could finish the project.”

After weeks of waiting, and the third time submitting paperwork for unmet needs, Melba’s case got approved and construction on the new bathroom started at the end of January. 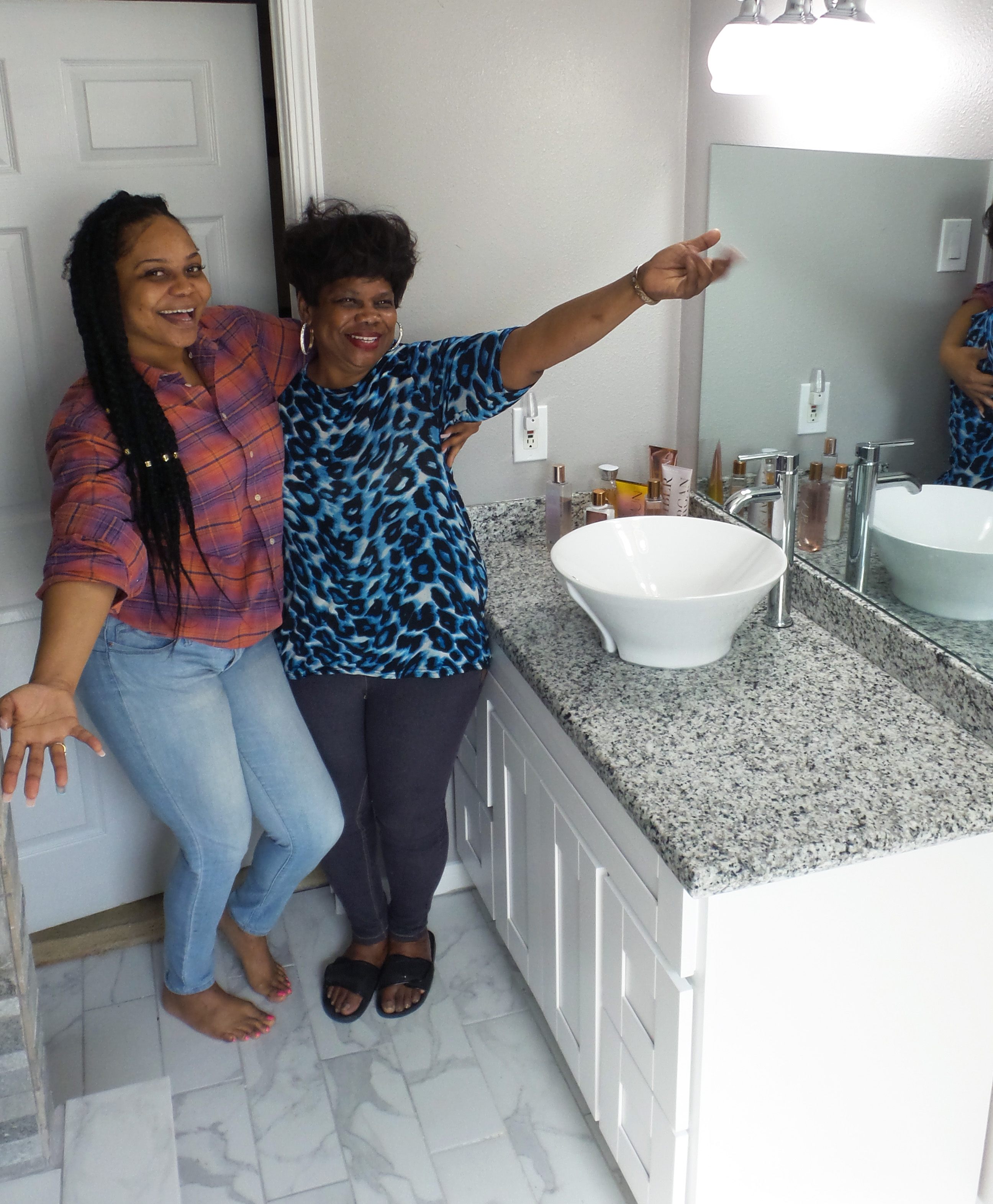 “We got rid of the mold, reframed the walls and ceiling with pressure treated lumber and then started on the dry wall,” Blackstone Building and Development Corporation Project Manager Frimel Gillum said. “The whole project took a little longer because of the need to reframe. It took about three weeks.”

During that time, Melba and her daughter chose paint colors, floor and shower tiles and granite countertops for their dream bathroom. 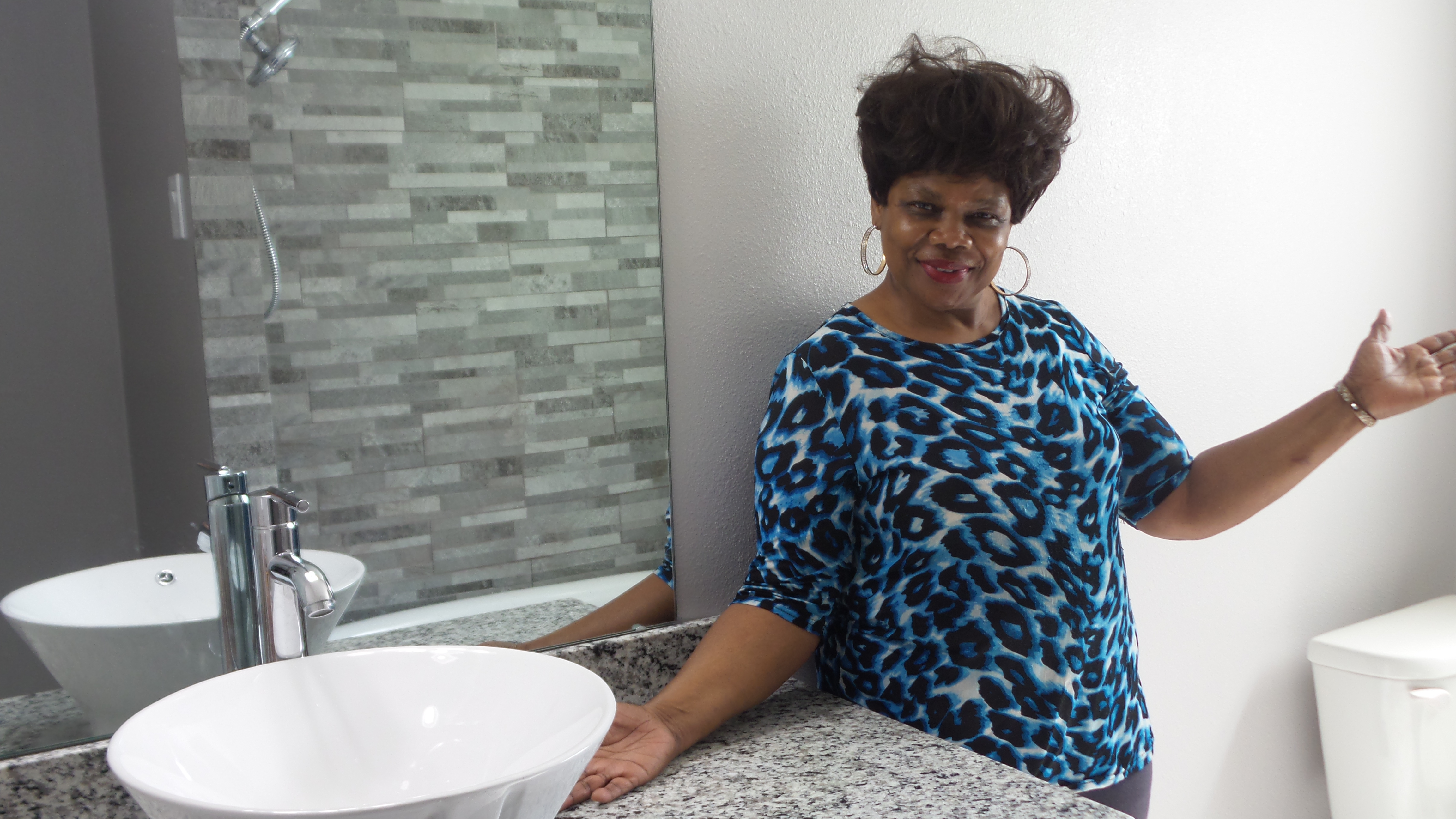 “The financial assistance and the finished bathroom is a dream come true – and a prayer answered,” Melba said. “I’m so grateful for my case manager, the builders and BakerRipley. It took a team to do this project. They were helpful, sincere and they cared.”

The assistance didn’t stop there.

“Ms. Carter recently got approved for unmet needs assistance with appliances and furniture,” Jaime said. “BakerRipley is contributing and additional $2,000 for these items also damaged in the flood.”

Despite this tough time in her life, Melba admits, soaking in the new garden tub has helped ease her worries, lift her depression and given her a new lease on life. She’s starting to look for a new teaching job and now has the energy to move forward in restoring the rest of her home.

“I owe a huge thank you to BakerRipley. The organization helped me through a very difficult process and provided the resources I needed to see results. I am proof the organization really does care about people and stands behind what it believes,” Melba expressed.