Stories from the Recovery: A Changed Perspective

“Harvey humbled me and made me see things differently. I don’t worry about material things as much and I trust people more.” 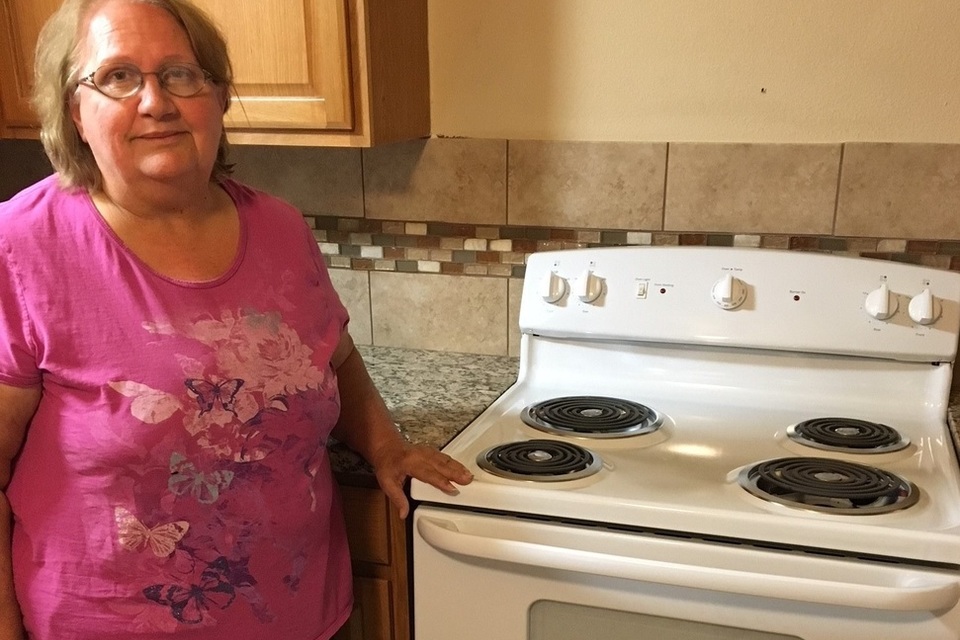 When Hurricane Harvey hit 67-year-old Dorothy Cullom’s Edgebrook neighborhood, she never expected to stay up all night with her grandson, Cody, working to save keepsakes from the flood water seeping into her home. She never expected to wind up with nine inches of water in her home. She never imagined being rescued by boat the next morning, then picked up in a dump truck, taken to a METRO bus shuttle pickup and dropped off at the George R. Brown Convention Center, which served as one of the Harvey shelters. 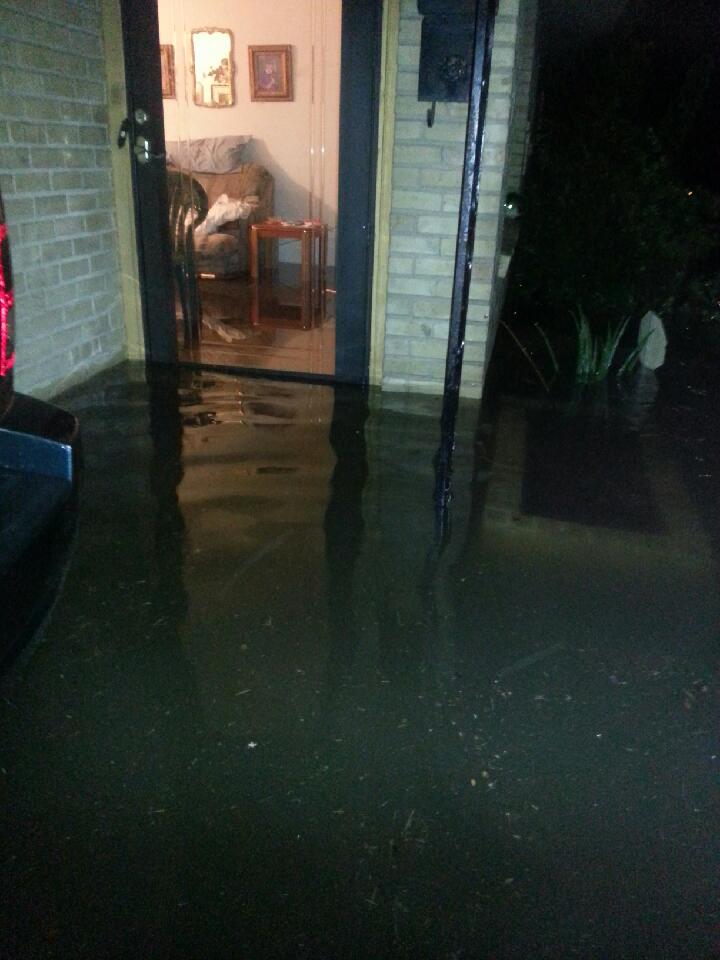 “Things looked bleak that first week post-Harvey,” Dorothy said. “I was safe, but didn’t know how I would pay for the hotel, home repairs and damaged belongings – then miracles started to happen the next week. FEMA paid for the entire hotel stay and then they gave me money to rebuild my home.”

On top of that Dorothy learned from a neighbor that BakerRipley could help with financial assistance. In January, she decided to go to the Pasadena Neighborhood Restoration Center (NRC) at BakerRipley – Cleveland Campus to see if she qualified.

“When we first went to the Neighborhood Restoration Center, we didn’t have an appointment, but they didn’t turn us away,” Dorothy said. “I liked that it was organized, they didn’t waste our time and it was a welcoming environment. They said they were going to help me and I started to believe them.”

At the NRC, Dorothy received a gift card for groceries and several goodie bags filled with of basic needs items including hygiene items, paper towels and cleaning supplies. By February, Dorothy’s case transferred to the Saint Francis Cabrini Catholic Church, which partnered with Baker Ripley to set up an NRC closer to the Edgebrook community, and she got assigned a case manager to start the approval process.

“You could hear the toll Harvey took in her voice,” BakerRipley Disaster Case Manager Teri’Lyn Smith said. “She seemed vulnerable and in shock six months after the hurricane. When I told her the new stove got approved and I was going to help her pick one, her tone lightened and it seemed like she had more hope. I wanted her to know she wasn’t alone.” 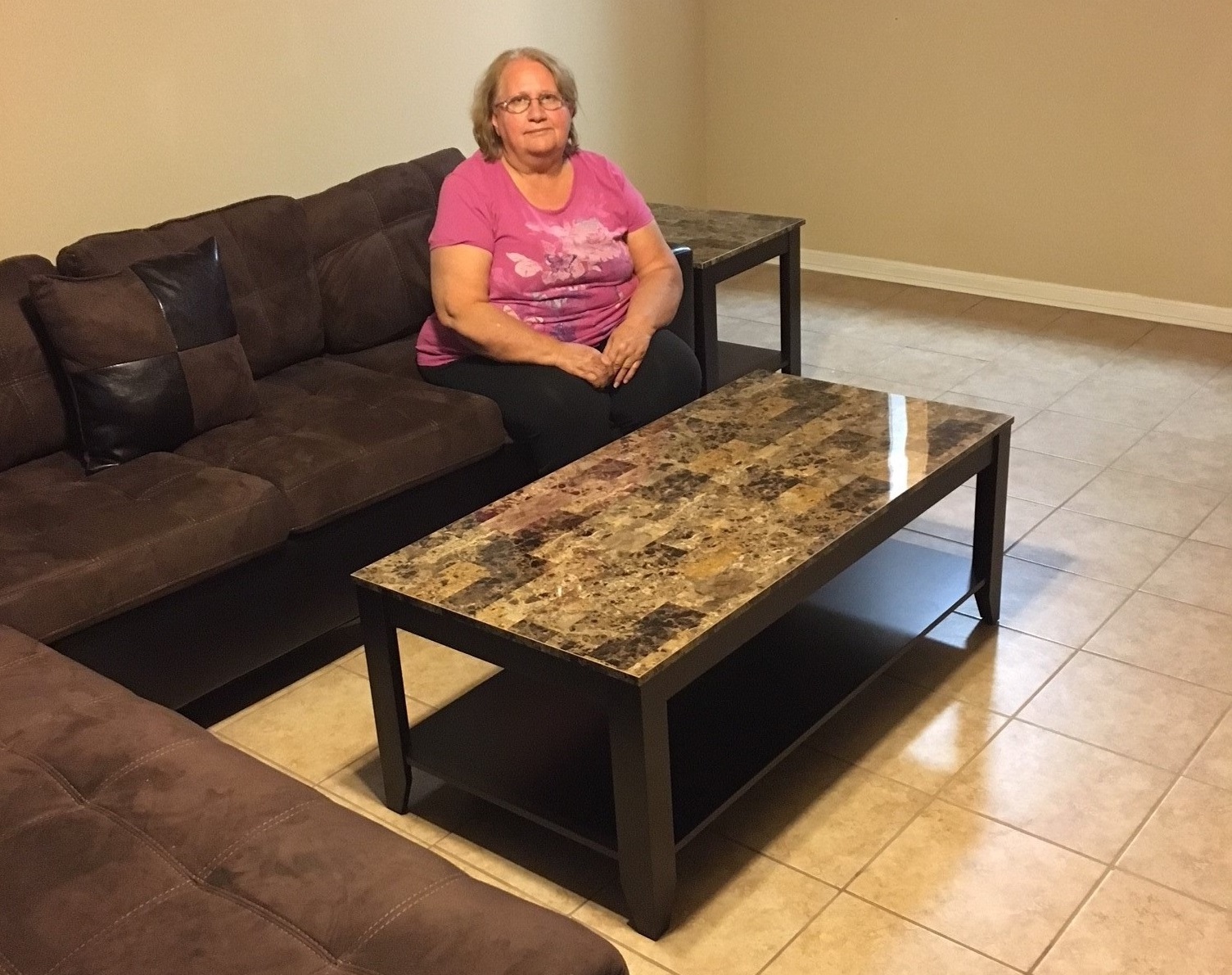 By the end of March, Dorothy’s restored home started to fill with new items thanks to her patience and trust in her case manager. She got a new stove and a new sectional, coffee table and end tables thanks to BakerRipley’s Unmet Needs funding from the United Way and the City of Houston and Harris County – Hurricane Harvey Relief Fund managed by the Greater Houston Community Foundation. However, the seven month process to restore the house and move in affected 10-year-old Cody’s health.

“We didn’t think the Harvey situation was affecting him,” Dorothy said. “He had friends, he played in the hotel pool and school life seemed normal. One morning his face was drooping, we went to the doctor and he said it was Bell’s palsy – and it was most likely from stress.”

Luckily, Cody’s condition went away after a month; just in time to move back in to their home.

“I have things I’ve never had before in my life in this new house, Dorothy said. “I’m so thankful and I feel like I’m on the top of the world, thanks to people lifting me up, both physically and mentally.”

Dorothy now has a new outlook on life and hopes to have friends and family over for Thanksgiving dinner. It’s her way of giving thanks to everyone her helped her weather the storm.