“After this day, our dream will finally be met and we will have the skatepark we always wanted in our neighborhood,” Cameron Wieman said during the Gulfton Skatepark groundbreaking. 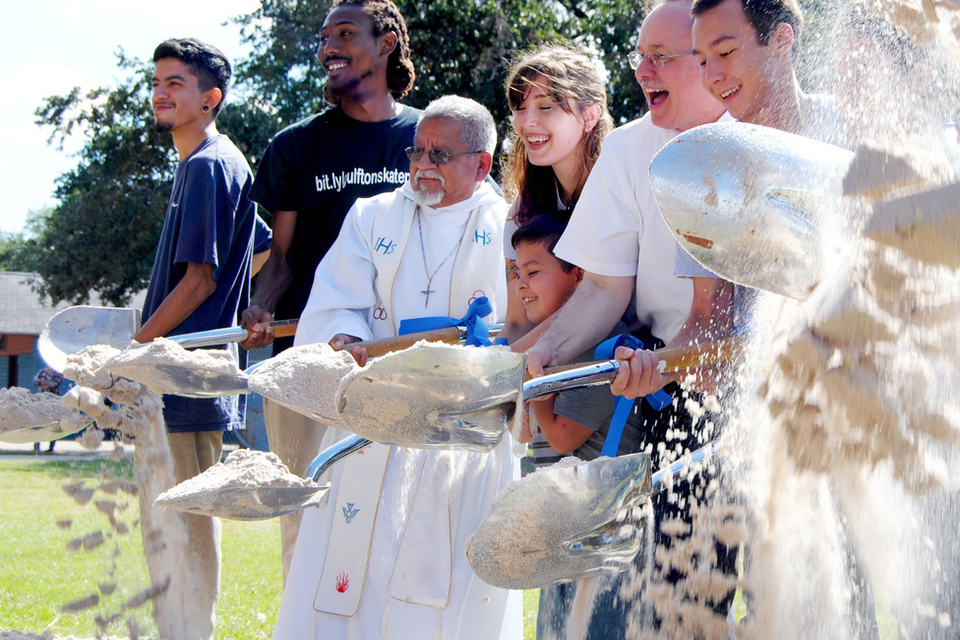 Cameron Wieman and his friends used to skate in an abandoned gas station at the corner of West Bellfort and Chimney Rock. “The Station,” as they called it, was the one place in Southwest Houston where they could skate without being kicked out.

“There were zero skateparks in my area; the nearest one was in downtown and that’s 17 miles away,” Wieman explains.

When “The Station” was torn down a few years ago the teenagers were left without a place to practice their moves.

Determined to get a skatepark in the Gulfton area, a group of local teenagers started discussing the idea of building one back in 2013. Their dream was simple: to have a nearby park to skate in and connect with other youth and community members.

That dream will become a reality in 2017 when the Gulfton Skatepark officially opens in late spring or early summer. When completed, the new 17,500 square foot skatepark will feature a bowl, upper decks, grind ledges, stairs and handrails, flat bars, various banks, multiple steel pipes, a new entry plaza and lighting. 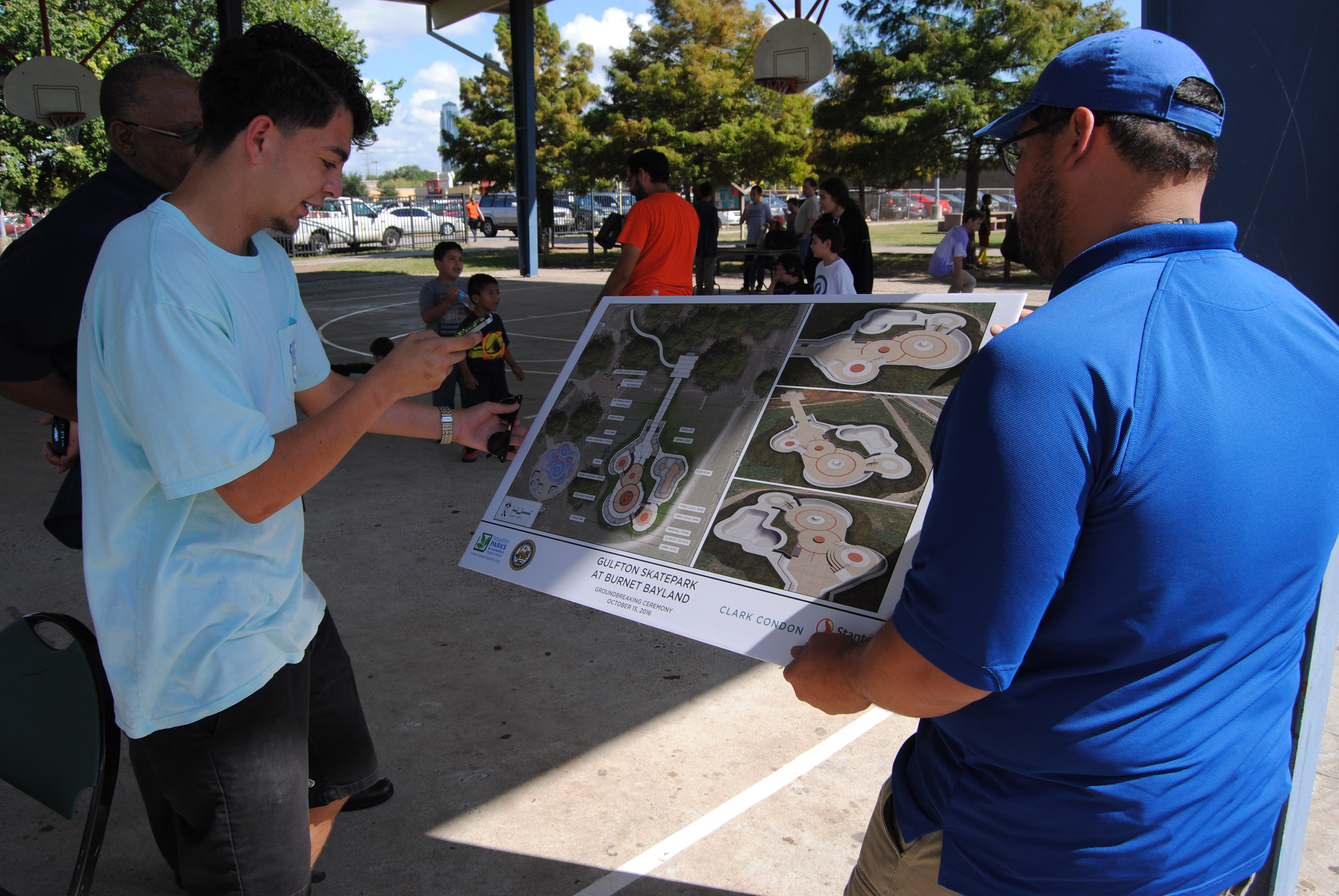 “You are role models”

“After this day, our dream will finally be met and we will have the skatepark we always wanted in our neighborhood,” Wieman said during the Gulfton Skatepark groundbreaking on October 15.

A student at Bellaire High School, Wieman has been involved from the beginning. He and fellow youth took ownership of the project and worked tirelessly to make it happen.

They started by discussing their idea with District J City Council Member Mike Laster, who connected them to BakerRipley. Ana Mac Naught, Community Developer at Baker-Ripley Neighborhood Center, quickly invited them to a meeting to discuss the project and fundraising initiatives.

With the guidance of BakerRipley, the group spent months researching and working on a proposal for Joe Turner, Director of the Houston Parks and Recreation Department. Impressed by the youths’ dedication, the parks department was inspired to make the skatepark a reality.

Before long, the youth group secured $1 million in funding from a variety of sources, including the City of Houston, Council Member Mike Laster’s Service Funds, the Houston Parks and Recreation Department, BakerRipley and the Tony Hawk Foundation.

When we invest in our youth to make our communities stronger, they can do great things. The Gulfton Skatepark is a testament to what happens when young people are empowered and equipped to take action.

“May your journey spark and ignite those who have a thought, an idea and a project that needs realization. You are their role models,” said Claudia Aguirre-Vasquez, BakerRipley Senior Vice President and Chief Program Officer.

While all the youth who worked on the project weren’t present at the groundbreaking, they’re all expected back for the grand opening. A special shout-out to Sanin Dosa, Juan Dunn, Deandre Daniels, Kaitlin Asch, Justin Wiederman, Tony Nguyen, Tony Lin and James Edwards.