“Not everyone has the chance to run a non-profit and have people who support you. I’m making the most of it, as these opportunities don’t open up for us every day.” 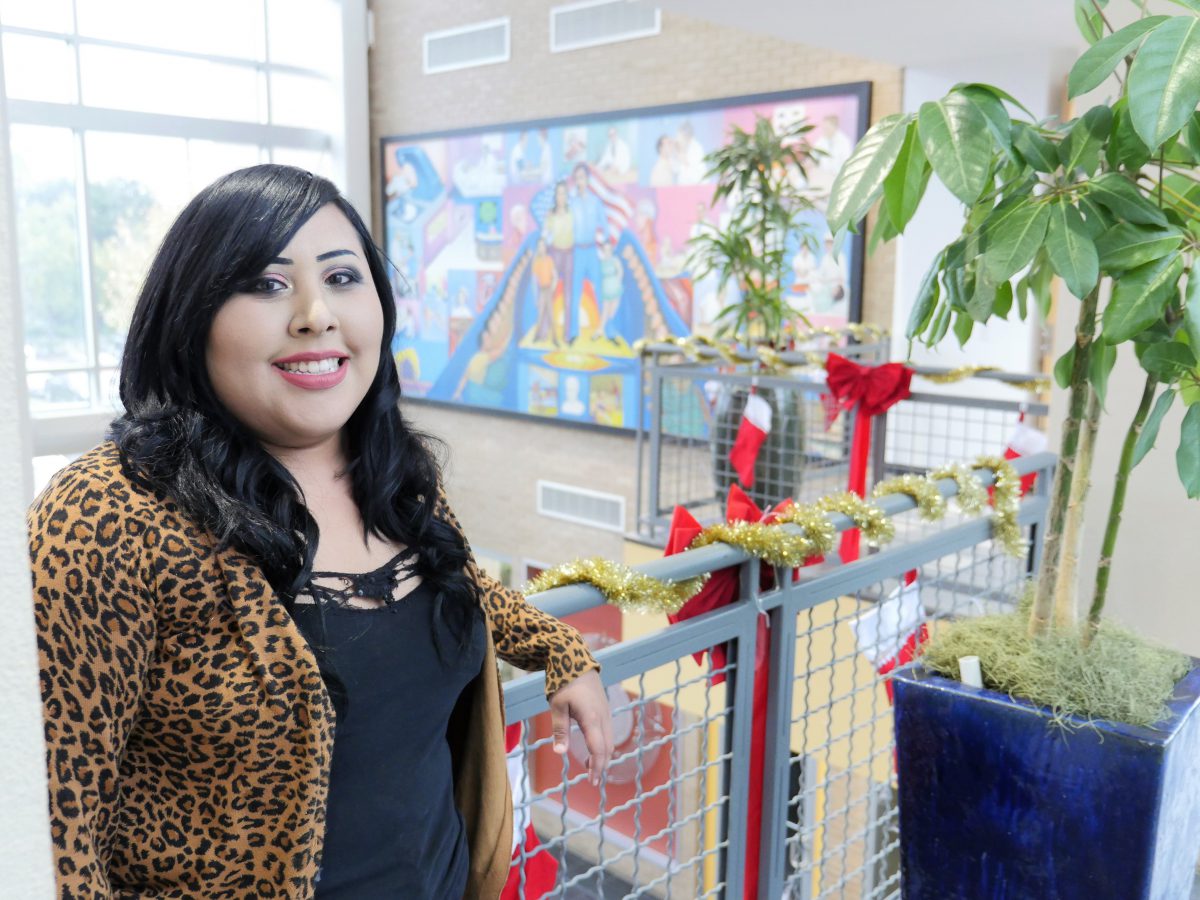 Susana Perez is all about creating positive change. An East End neighbor and BakerRipley community engineer, she decided to start a non-profit to improve and revitalize the skate park in Eastwood Park.

It all started in 2017; when she visited the park after moving from Conroe to the East End of Houston – to her surprise, she found a deteriorating park.

A skater herself, she took it into her own hands to do something about it.

“If the park looks a little better people will take better care of it,” said Susana, who is now the president of non – profit Friends of Eastwood Park Inc.

In addition, she noticed local kids would spend a lot of time in the park and get in trouble.

“I saw kids here who didn’t have the funds or didn’t have a family to have a better life. I want to show them that people care,” adds Susana.

That same year she brought together a group of neighbors who shared a love for skateboarding. Improving and preserving the park became the main goal for them.

The initial petition called for the city to fix ramps (with dangerous holes) and provide better lighting for the entire park. Furthermore, the group didn’t want to be left out of the conversation around the Eastwood Park Master Plan – a 10-year project – to renovate the park by the City of Houston.

While working in the community a city employee connected her to BakerRipley. There she met Jamaur Barnes, a Community Engagement Manager, who mentored them on how to become an official non-profit.

“Susana and the group have an incredible work ethic. She’s a humble woman who’s realizing her power,” noted Jamaur.

He also encouraged the group to enroll in the Community Engineers Training Program at BakerRipley Ripley House. The training provides students guidance on leadership, presentation, messaging, and how to work with elected officials among other things.

“It helped me understand elected officials much better,” Susana said.

Then in early 2019, the group worked with Lone Star Legal Aid in order to become an official non-profit with a 501c3 status.

“After this, people started taking us more seriously,” added Susana.

Susana had experience with skateboarding competitions through her job at a local skate shop and park.

So, in an effort to raise funds and to promote healthy competition, she organized the first-ever – Cinco De Mayo Skate Day at the park earlier this year.

“I knew local kids needed a competition. They need to know what fun is like, what winning a trophy is,” she says.

It was an unforgettable day for Susanna, even the City of Houston Mayor Silvester Turner attended. When it was all said and done, many skaters came up to thank her.

“They told me, no one has ever done something like this at our park. That made me feel good! When they see the event’s success, it makes them believe they are important,” remarks Susana.

Since then, the group hosted a skate day in October and will have one later in December as well.

All with the goal of building family and community in an area where skaters tend to be forgotten.

“I know what a home-life is like, where both parents are present. Maybe we can provide this to the kids through skateboarding,” she says.

Not everyone has this opportunity

Through this process, Susana learned that it takes a lot of time and hard work to create change. And while many before her have given up, she’s determined to succeed.

“It doesn’t matter if it takes forever, we’re going to push so they know what we need,” said Susana.

Juggling motherhood, a job, and running a non-profit can be challenging, but she’s not letting this opportunity pass by.

“Not everyone has the chance to run a non-profit and have people who support you. I’m making the most of it, as these opportunities don’t open up for us every day.”

In the near future, she wants to start a skate program in partnership with local schools – where she can show them that getting an education while skateboarding is possible.

In addition, it teaches students the importance of hard work, dedication and the existence of competition, which are all skills they’ll need through life.