It Really Does Take an Army: Residents Recovering From Hurricane Harvey Benefit from Agency Collaboration

Walmart quietly made a generous donation of 360 palettes to BakerRipley to help the area recover from Hurricane Harvey. The Salvation Army partnered to help store and distribute the items. Over six months the items were given out at our six Restoration Centers located in hard-hit communities. 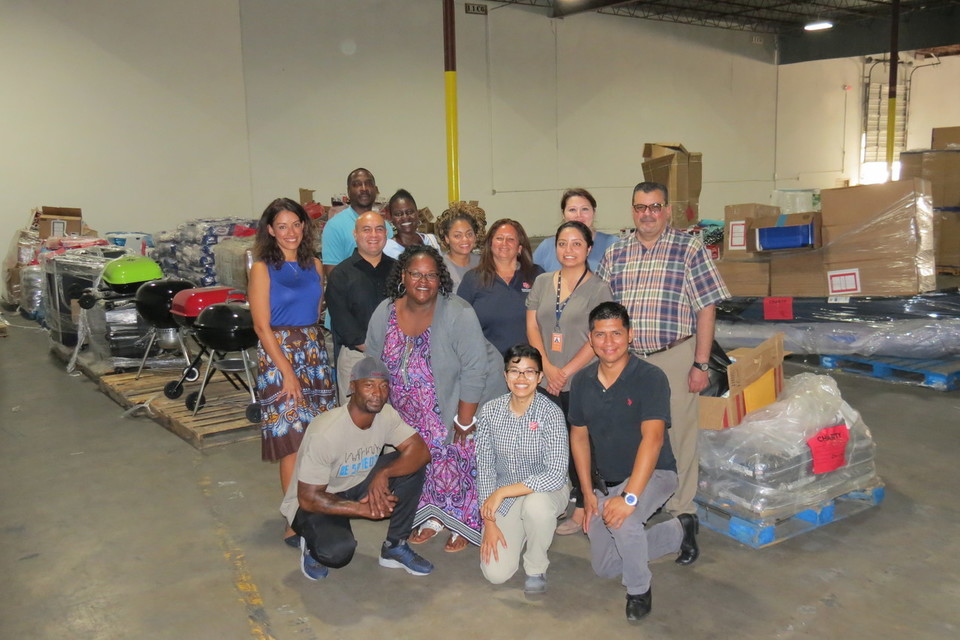 Even though Hurricane Harvey struck our region almost a year ago, generous donors knew the recovery was going to take a while. BakerRipley has been on the front lines operating Neighborhood Restoration Centers – providing needed resources in six communities to more than 16,000 households to date – so it’s not surprising that we received a call from Walmart in February, six months after the flood waters subsided.

“Walmart asked us if they could donate 360 palettes of goods,” said Gaby Conde, BakerRipley Director of Community Development. “There were so many items donated to help our neighbors!”

We immediately said yes, but we had one challenge. Where do you store that much stuff? The Salvation Army of Greater Houston answered the call to help. 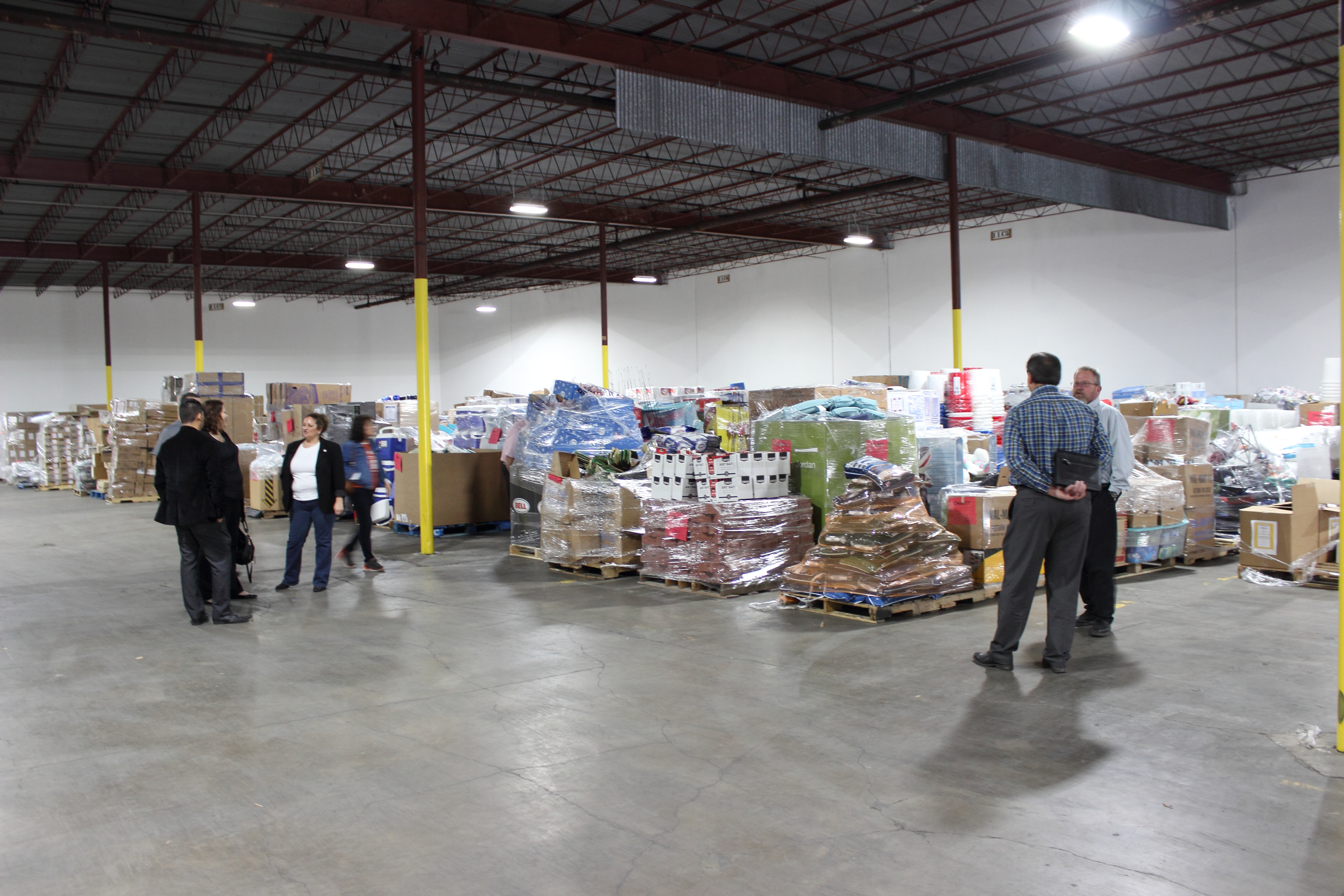 “There were hundreds and hundreds of palettes,” said Melanie Pang, Salvation Army’s Manager of Emergency Services. “They called us and we had the space to store it. Just like people who opened their doors and provided shelter to friends who needed help during Hurricane Harvey, we agreed to provide the storage space, the labor needed to stack and sort the goods, and the transportation to distribute the items for free.” 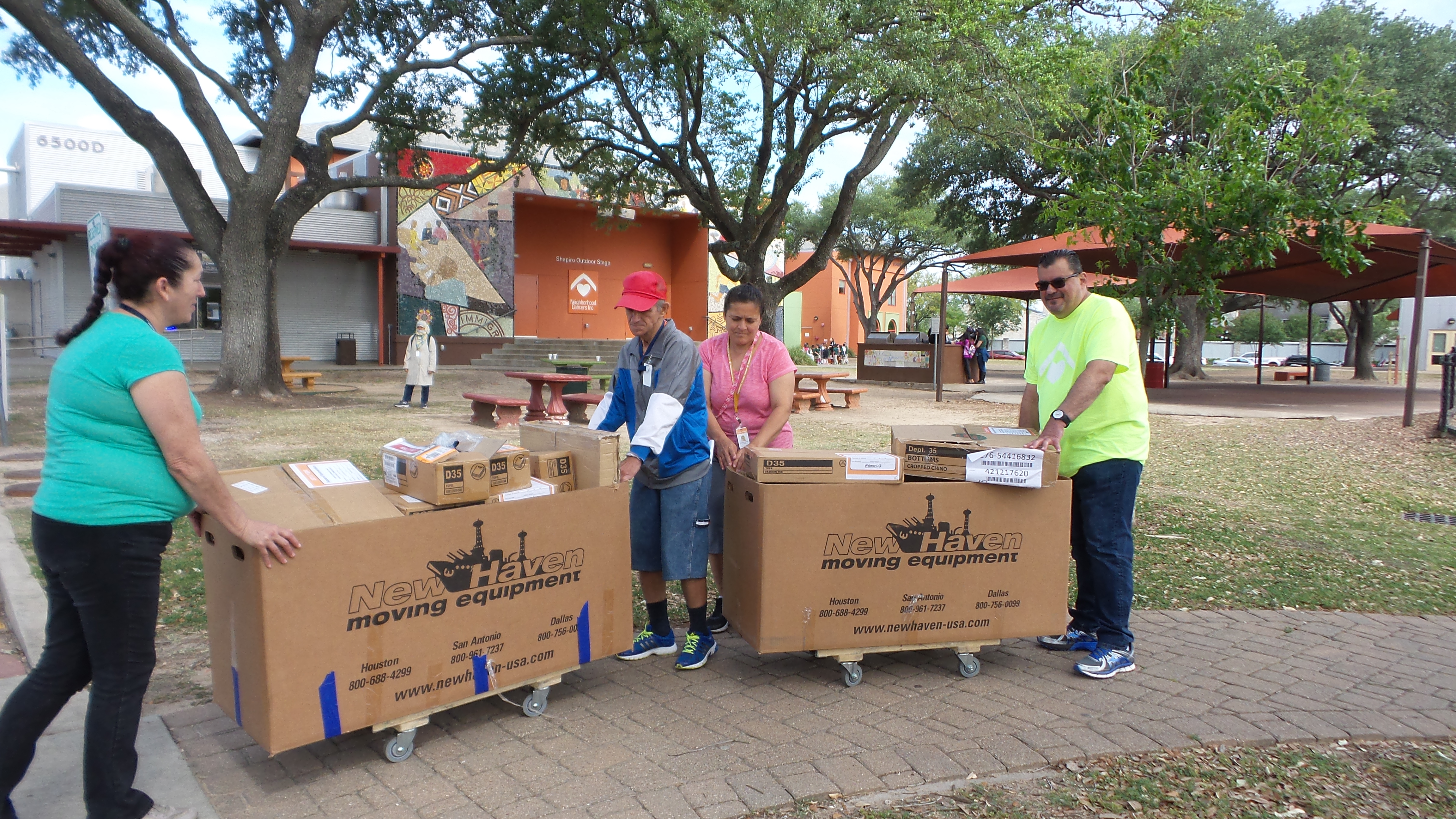 We continued to work together with the Salvation Army over the past six months to distribute the donated items strategically. These items were sorted out, loaded on trucks weekly and delivered to our six Neighborhood Restoration Centers where thousands of families walk in and connect to basic needs, resources and services. Early in the recovery process, people needed paper towels, cleaning supplies and food. Now, they’re coming to the Neighborhood Restoration Centers for clothing, bedding and kids’ items. Thanks to Walmart, we had a little – no, make that a LOT – of everything. 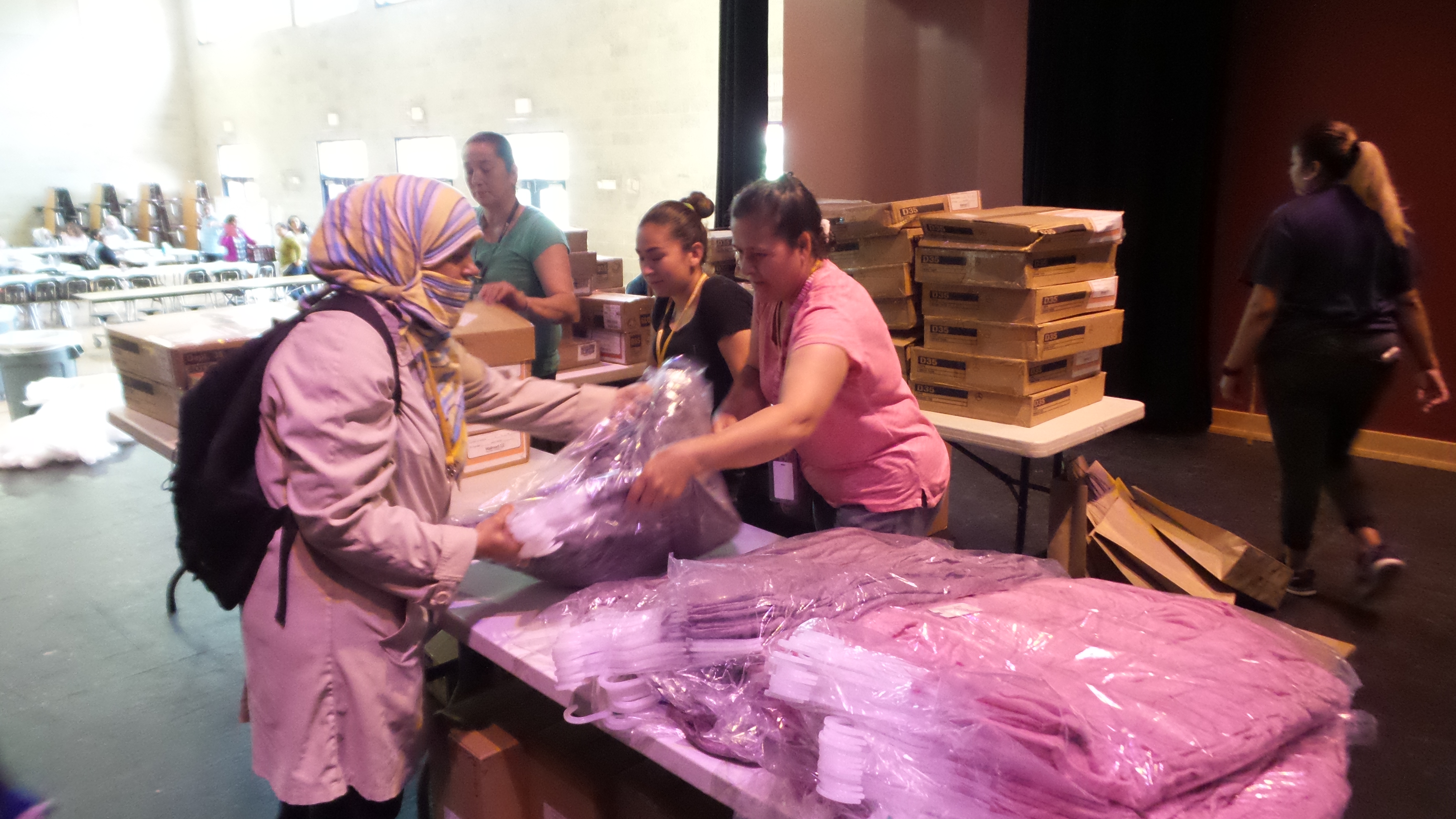 “We wanted to give back in a meaningful way that would directly benefit both immediate and long-term recovery efforts,” said Nick Berkeley, Walmart Vice President and Regional General Manager. “BakerRipley, like Walmart, has a history of supporting those impacted by disaster, and we are proud to serve the local community alongside them.”

Now, the last of Walmart’s donations are making their way into the community. Grills, charcoal, fishing poles and planting soil are about all that’s left in the last corner of the 112,000-square-foot Salvation Army storage facility that used to be stacked to the ceiling. 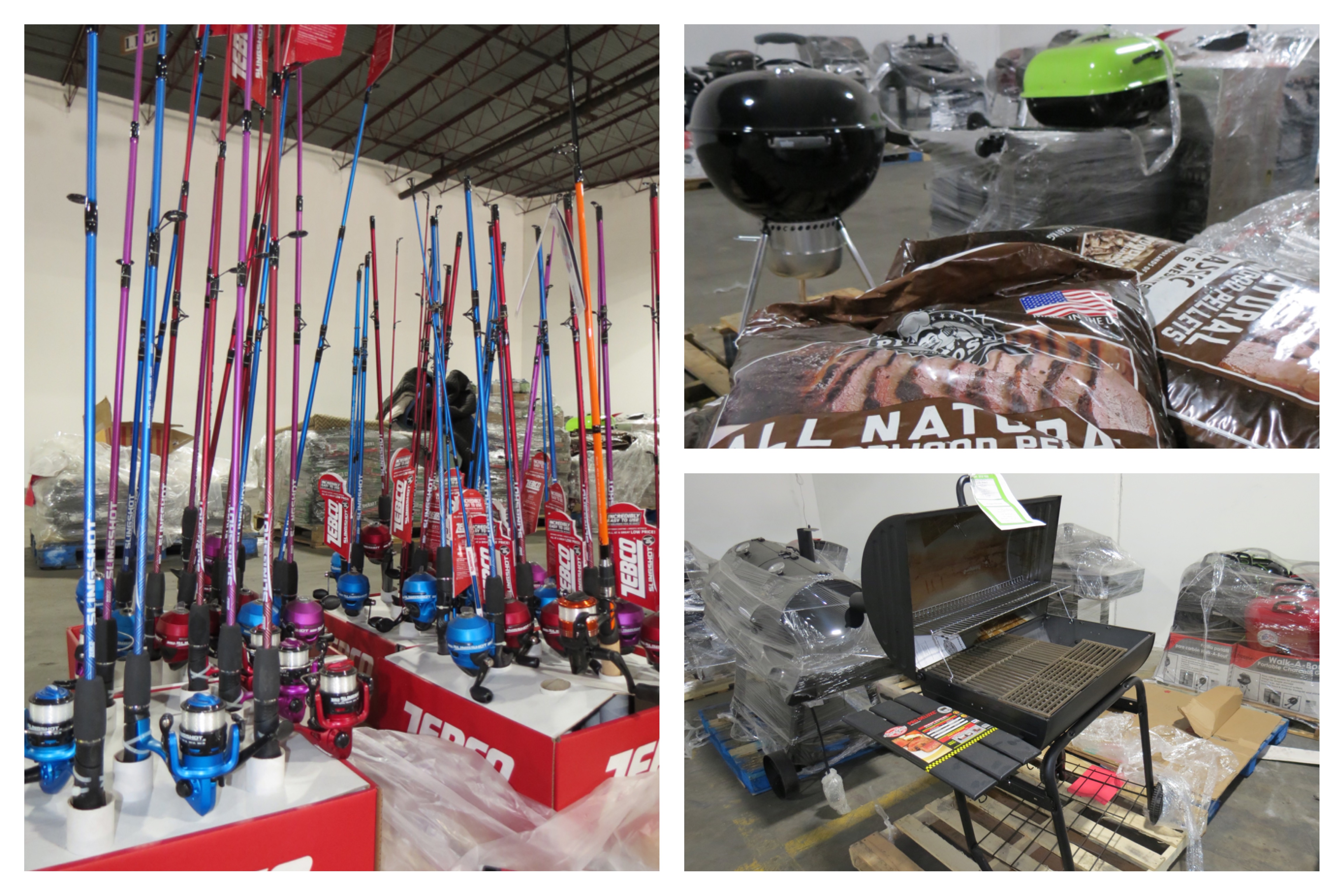 “This tremendous gift from Walmart has gone directly to those who truly need the help,” Conde said. “I’m so proud of the collaboration between BakerRipley and the Salvation Army during this entire project. Figuring out the logistics to get these goods out in a fast-paced, rapidly changing environment was tricky at times, but everyone stayed focused on the end goal – to assist the individuals and families in our communities.”

The collaboration went so well and the partnership strengthened as the weeks went by that we plan to undertake new partnerships with the Salvation Army, and we’ve already decided to team up again the next time a storm hits.

Want to see Walmart and the Salvation Army’s generosity for yourself? Check out the photo gallery here.