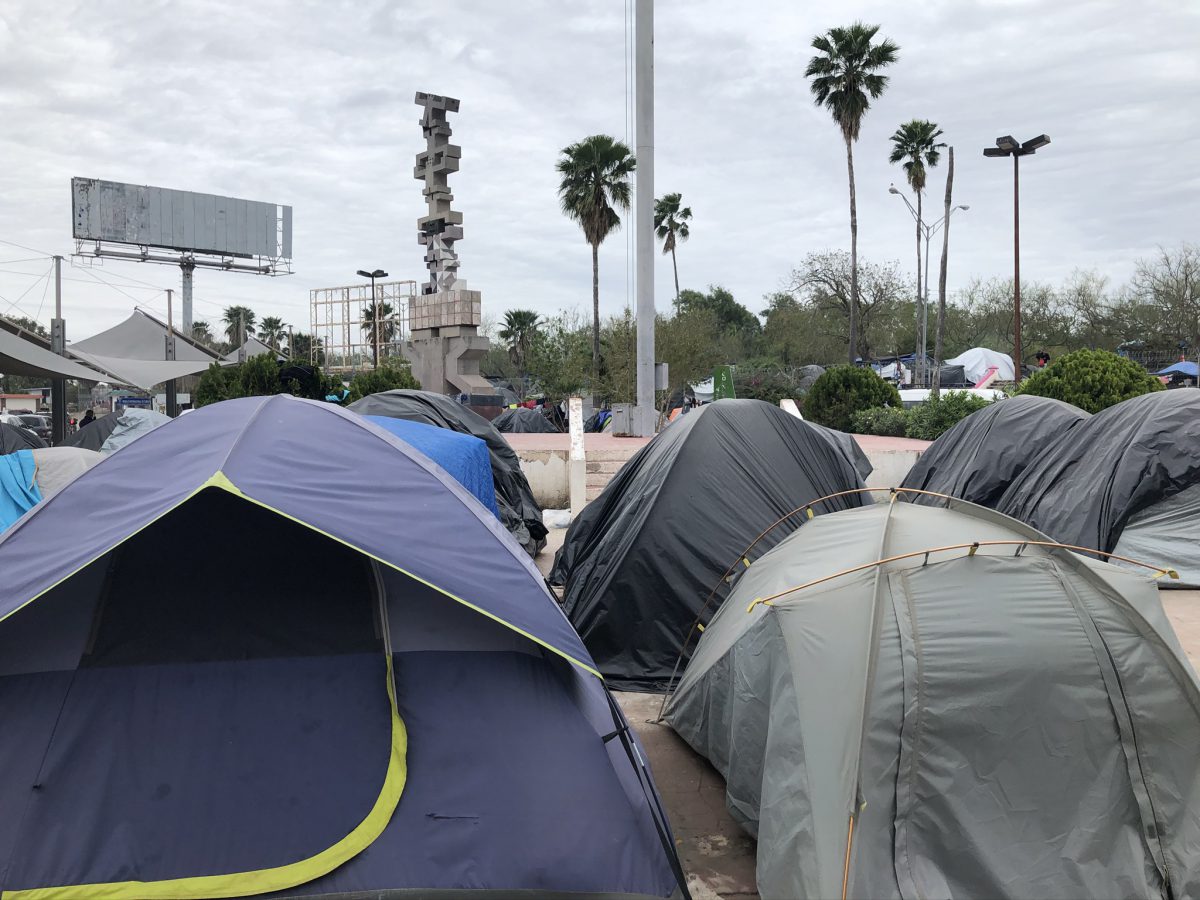 Thousands of asylum seekers arrived at the U.S. border in 2019 and 2020, but less than two percent were represented by an attorney in court. In February 2020, BakerRipley was proud to send an attorney to Brownsville, Texas, as part of a delegation from the Houston Immigration Legal Services Collaborative.

While waiting for their court hearings, asylum seekers were forced to live in makeshift refugee camps in Mexico along the border where they suffered horrific violence including assault, kidnapping, and rape.

In 2019, the federal administration announced its Migrant Protection Protocol (MPP), a new policy aimed to reduce the number of asylum seekers coming to the United States. The policy required Spanish speaking asylum seekers to remain in Mexico while their asylum court cases were processed in border towns across the United States. Having no infrastructure to process all of these cases along the border, the Department of Justice set up immigration courts inside temporary tents, creating tent courts where families’ fates were decided by judges who appear through a VTC (video conferencing).

Operating in a court where due process rights don’t exist

Kate Chapman, BakerRipley Immigration Attorney, represented clients inside of a tent court during this trip. She shares her personal story below of what it was like to operate in a court where due process rights and human rights have now ceased to exist.

The address on the court notice is a border field at least a mile from the tent courts. There are no signs. You think ‘I’m not going to have a problem finding a government compound of white tents‘, but you will not see them. There is a checkpoint office on the same block. When I asked where the MPP courts were, they did not know. The entry was ten yards away.

A scrum of subcontracted private security guards keep out the public. My suit is winter thick but the trailer is cold. They keep it that way, like the hieleras (ice chests). There is no reason for it. We are just uncomfortable enough to censor ourselves in hopes of getting out a minute or two sooner.

The guards are half adults, fresh-faced, strutting. Their black hats say SECURITY.

No one goes anywhere unescorted. The guards do not see the migrants cross the bridge to the cartels, shoelace-less and famished. Border Patrol does that. These guards stay inside the tents.

I want to be human with maybe one of them. But they have been given a dusting of power.

We are not safe

I tell my client that I will try to get what she wants from the judge, which is almost nothing at all. She cannot see well, and she has a heart condition. Children turn back at random moments through the morning. They smile at me.

Another man insists he speaks no Spanish. He beseeches the judge on the screen as his child fidgets beside him. When the Mexicans hear him praying aloud at night to keep himself calm, they taunt him and call him a demon, an idiot.

He presses for an interpreter, a vestige of fairness that frays, tattered, exposing skin.

The judge has rehearsed his new procedures.

He tells the migrants what the law requires: (it does not). He wishes the January-born happy birthday.

They “will receive the opportunity to request protection from the country” they fear.

Then he returns them there.

The man tells the judge again. We are not safe. The judge: “There will be time for a full airing of your fear at a future time.”

I could not have protected you

Another father tries to get my attention. He motions for my card. I gesture that I have none.

The video records everything. I do not know if I am allowed to speak to him. He tries again after I go before the judge. I tell the guard to help him. I avoid his eyes.

Three days later, I am safe at home with walls and doors. I could not have protected you, or your son.

At the next hearing, I pretend that the guards are my avuncular uncles and I am one of the boys. The judge has no record of my request to keep my clients from being forced back to Mexico, but she offers me one. We humbly accept whatever passes for due process—with no time to prepare.

Two weeks later, the border is closed. Border Patrol is given new rights to quickly expel migrants. They can disregard the fear of persecution. If it did not matter before, it does not matter now.

A version of this story originally appeared in the Foundation Beyond Belief blog.