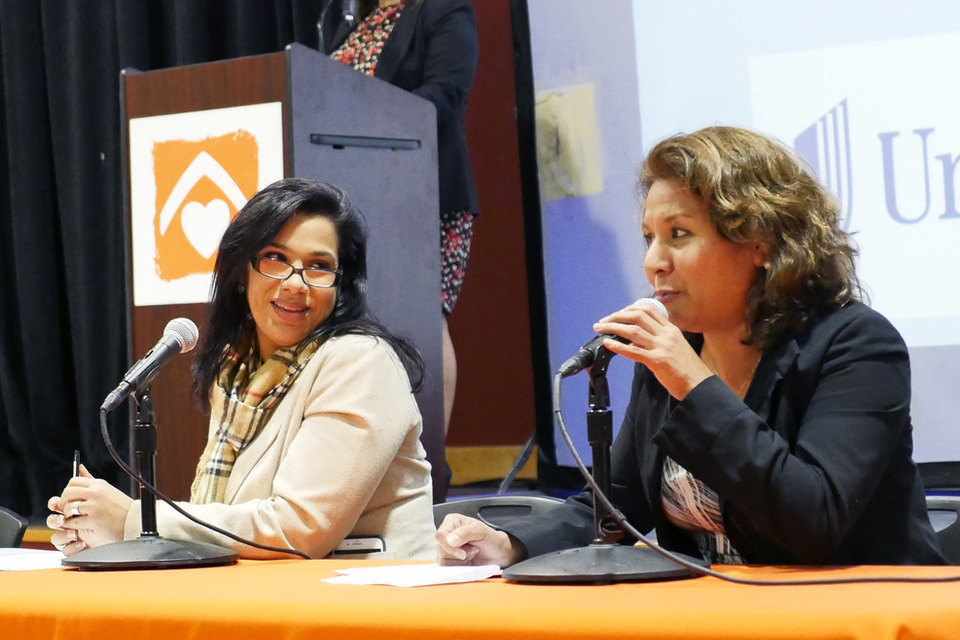 Maria Hernandez, a BakerRipley Community Engineer, recently received the Mayor’s Proud Partner Award from Keep Houston Beautiful because of her efforts in the Guflton area.

Maria originally visited the Gulfton Sharpstown Campus to participate in a Zumba class and enroll in English classes. What she found was a second family and an opportunity to ignite change in her community.

After regularly attending Zumba class, Maria decided to make the jump to become an instructor. She later was introduced to BakerRipley’s Community Engineers program and became an avid participant.

“I want to do more. I want to see what else can I do to make the people who come to the community center feel more relaxed, feel more at home?” Maria said.

Maria and her fellow engineers founded Madres del Parque (Mothers of the Park) after completing the community engineers program, in response to concerns over the state of the neighborhood park.

“While we had our youth skaters advocating for a skate park, there were some individuals who from the Gulfton community who were very skeptical about putting funds towards the project when they didn’t see the city was maintaining the current park,” Director of Engagement Graci Graces said.

“Madres de Parque took a very appreciative approach and said, ‘This is our park. We want to be part of it.’”

The group of mothers organized park clean up days, recycling drives and started a movement in the community to take ownership of the park. They connected with the Houston Parks and Recreation and Council member Mike Laster to collaborate on park maintainence and recycling initiatives.

“The partnership between Council Laster and Madres del Parque continues,” Graci said. “The Council member recognizes them as often as he can and Maria has been recognized through the Mayor’s Proud Partner award.”

“A lot of the moms tell me I’m an example, and by being an example to other people, I help myself as well,” Maria said. “I know there are a lot of leaders out there, and I’m just doing my part. I’m doing my part.”

Congrats Maria from your BakerRipley family!

Support our Community Engineers program and others like it.