“None of them know me and I don’t know them, but I’m grateful for these angels,” says Jesse Earl Blanton about the group of volunteers that came from Illinois to help rebuild his house. 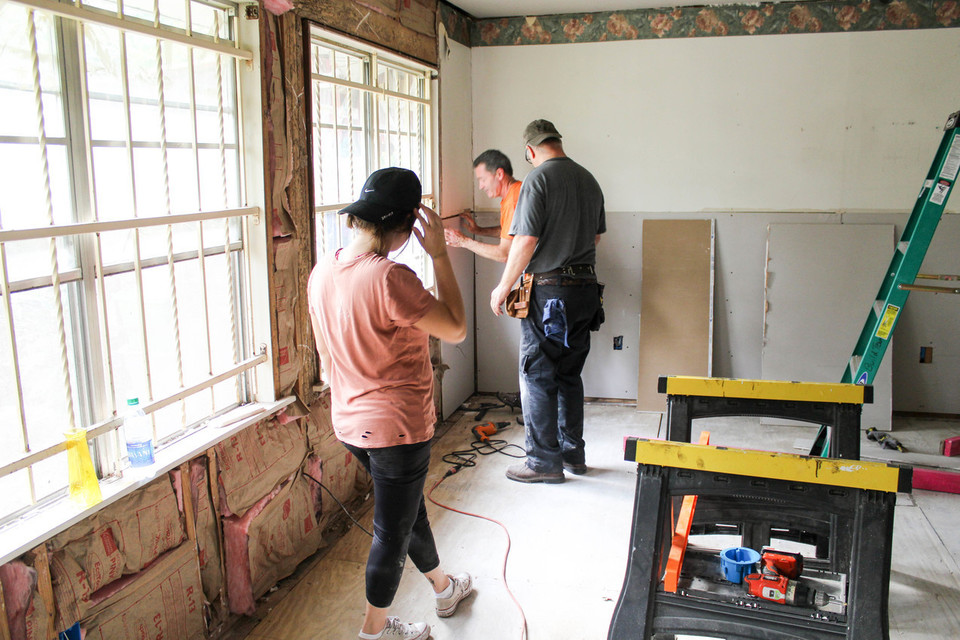 Jesse Earl Blanton calls them angels, a group of volunteers that recently came down from Illinois to help rebuild houses in Houston after Hurricane Harvey. Jesse and his wife Missouri lost everything in their home and are currently staying in a hotel. Now, with the help of these volunteers, they will be able to get back home sooner.

“None of them know me and I don’t know them, but I’m grateful for these angels,” says Jesse. “All they want in return is for me to pay it forward. Now I have a bunch of new friends in the Chicago area.”

As part of our continued rebuilding efforts, BakerRipley partnered with Barrington (IL) Regional Hurricane Relief, a civic volunteer group from suburban Chicago. In late September, as BakerRipley closed the shelter at NRG center, Jeanie Hanson, mother of former employee Megan Hanson, emailed our CEO to connect our agency with John Dawson and his “Build Team.” In the past, his organization helped rebuild homes after Hurricane Katrina, the Joplin, MO tornado, and flooding in the Midwest – and now wanted to help in Houston.

Through different networks and organizations he got together a group of 30 volunteers, mostly strangers who didn’t know each other. The group arrived on November 10 and we worked with St. Martin’s Episcopal Church to provide them with food and a place to sleep.

On November 17, we visited Jesse’s house and talked with some of the volunteers. 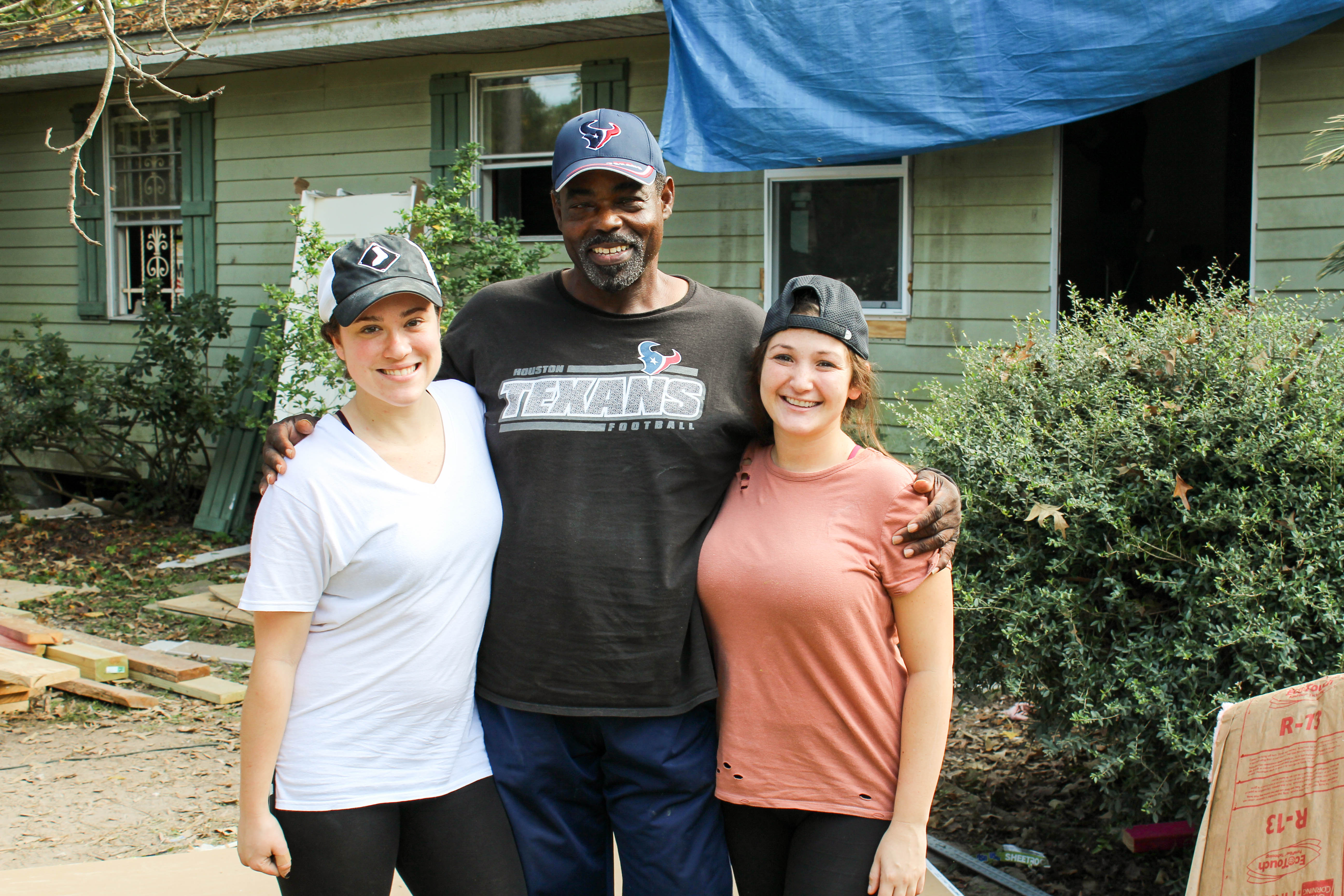 “We don’t want a thank you or praise, it’s from everyone’s heart. It’s heartbreaking to listen to what people went through, it’s hard to even put it into words. I’ve never done anything like this before, but had been looking for an opportunity. The first day that we got here, we were like how is this going to turn into the house?” remarks Christina Perillo, volunteer.

“Everyone here is so nice and charitable, they’re happy to lend a hand doing anything they can. Seeing the progress in the house has been amazing.” says Athena Lolis, volunteer.

For Tom Malia, a retired finance executive, to see a group of strangers come together and help rebuild homes is an experience he’ll never forget.

“People have jobs, families, homes, for us to get twenty plus people here is amazing. To see them work together, and then see the quality of the work, it’s pretty neat,” says Tom Malia as his voice breaks, taken aback by the camaraderie.

When we talked to John Dawson, founder of the “Build Team” all he said was, “These are the real heroes.” pointing to the group of volunteers.

Over the course of eight work days, the group will complete clean-up and rebuild two homes (and possibly more, depending on their speed and progress).

To see the progress and to meet all of the volunteers, visit the groups blog: https://barringtonregionalhurricanerelief.wordpress.com/

Lisa Kovac works on some cabinets for the kitchen 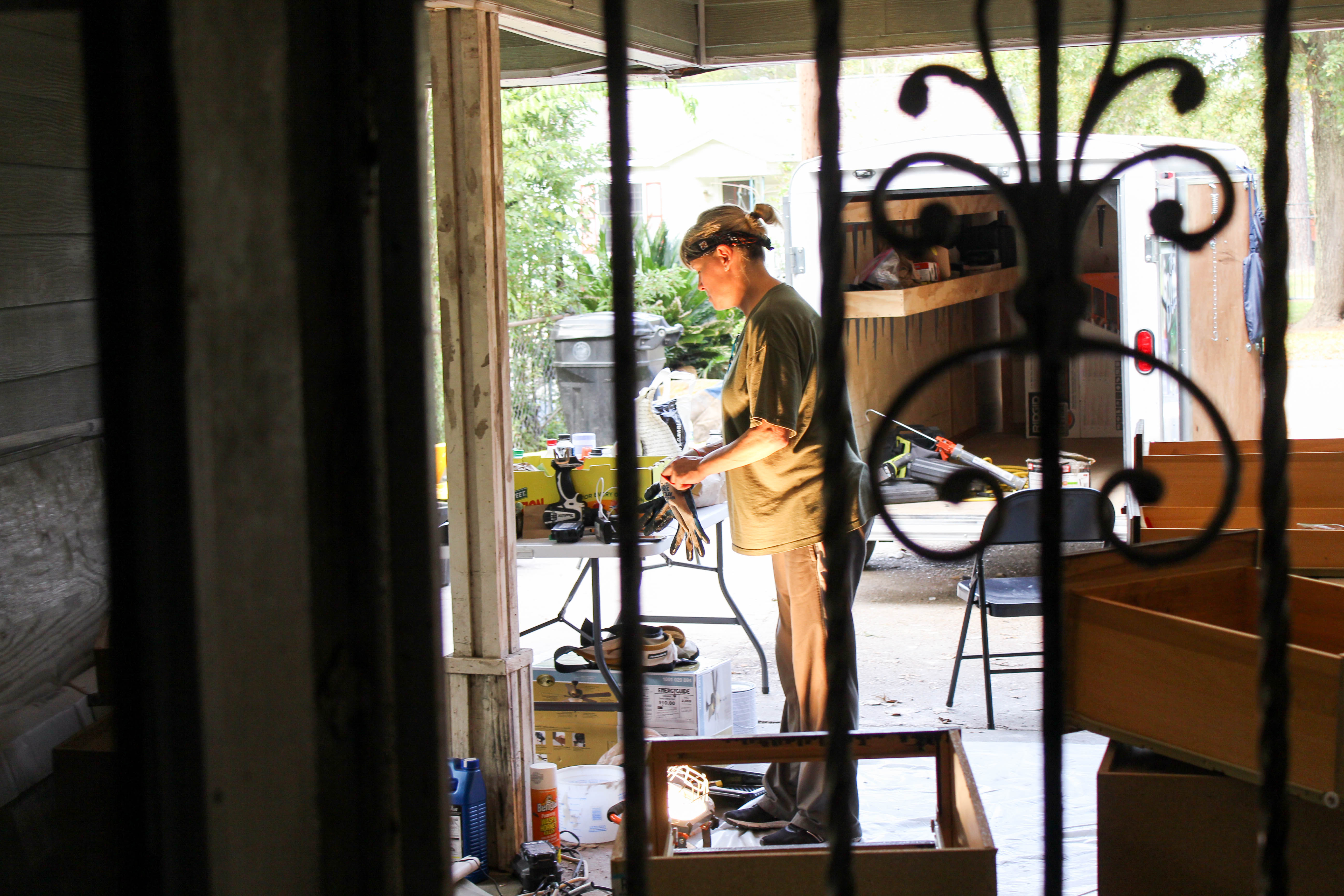 Christina Perillo looks on as workers clean up the street 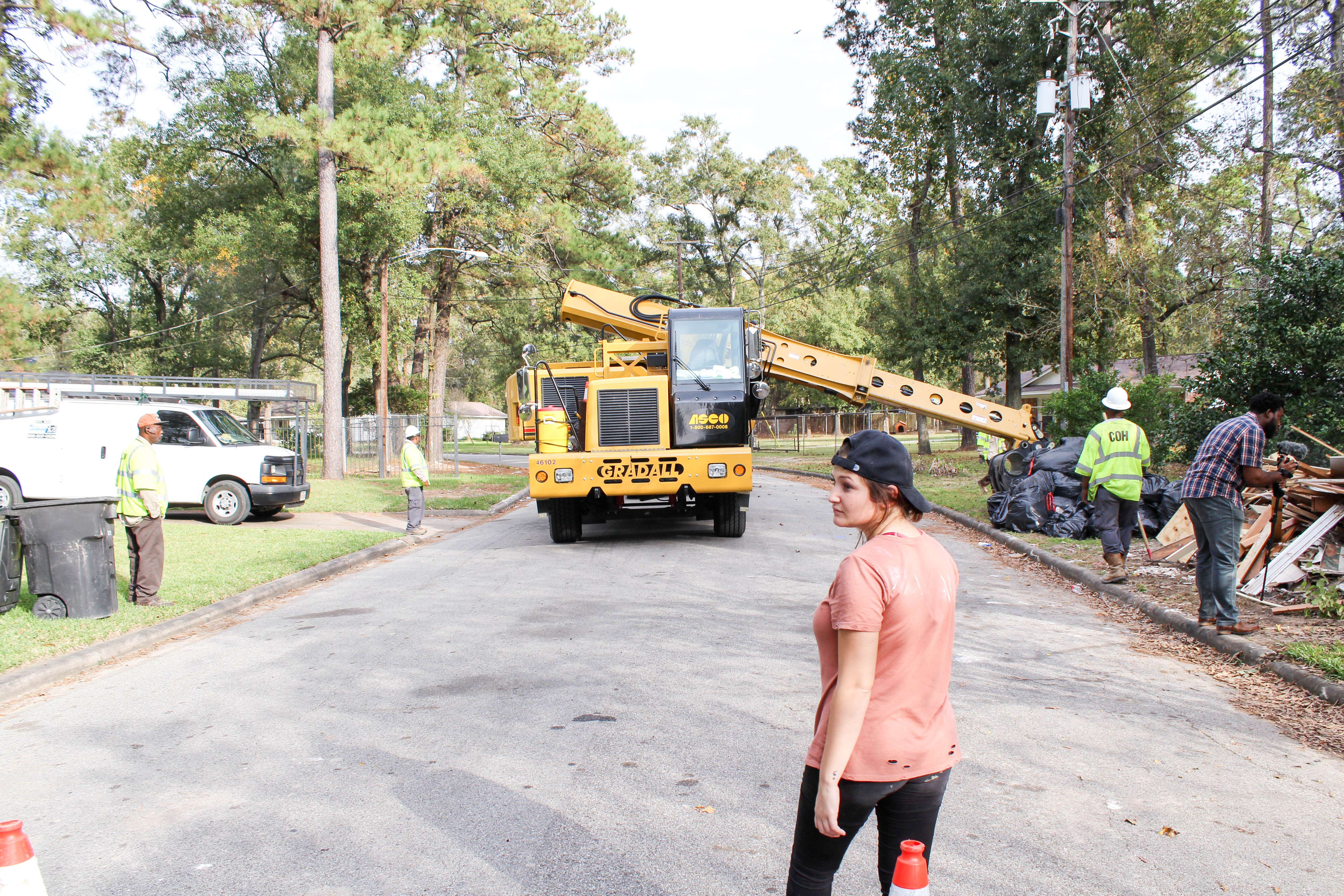 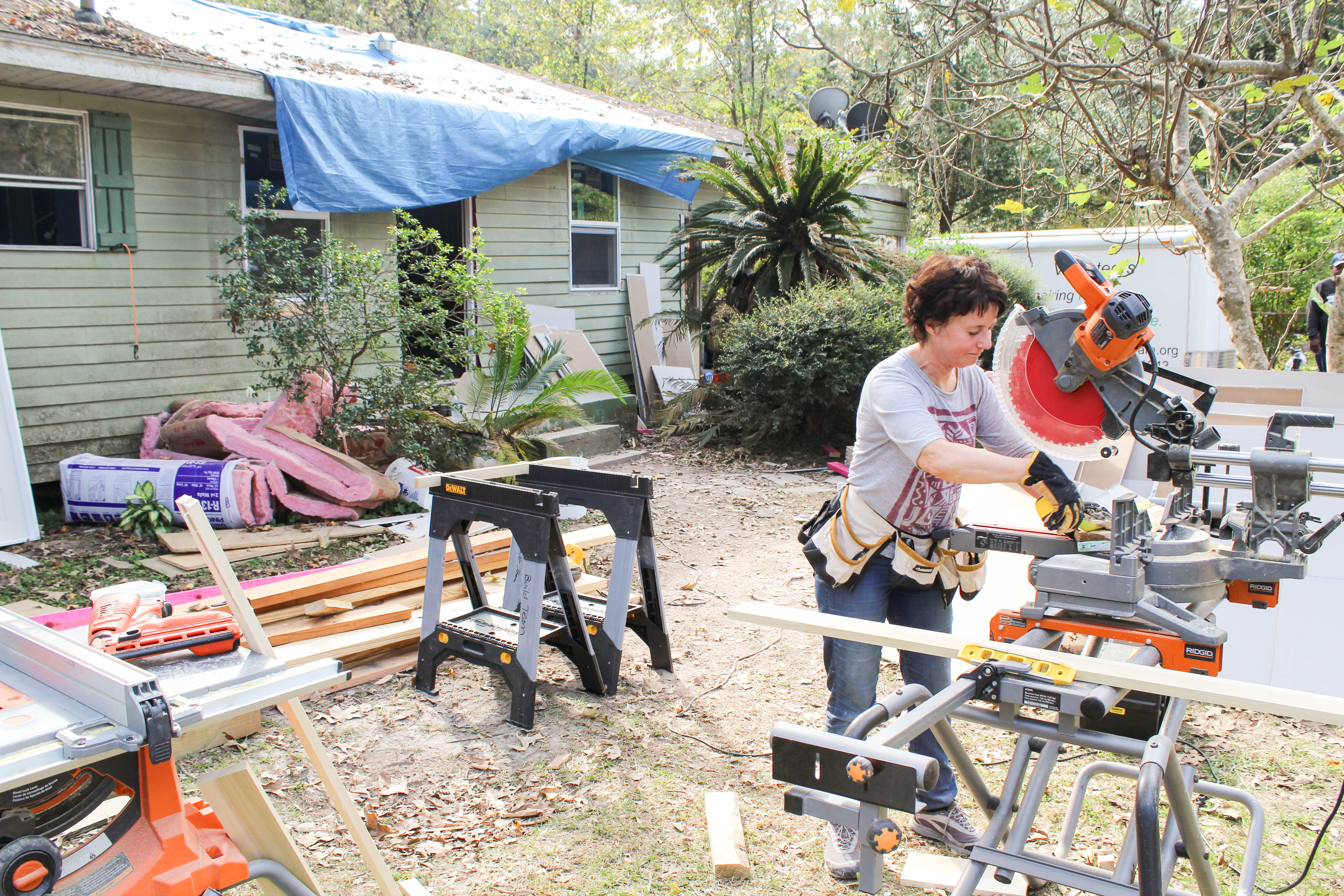 Volunteers work at a home in East Houston 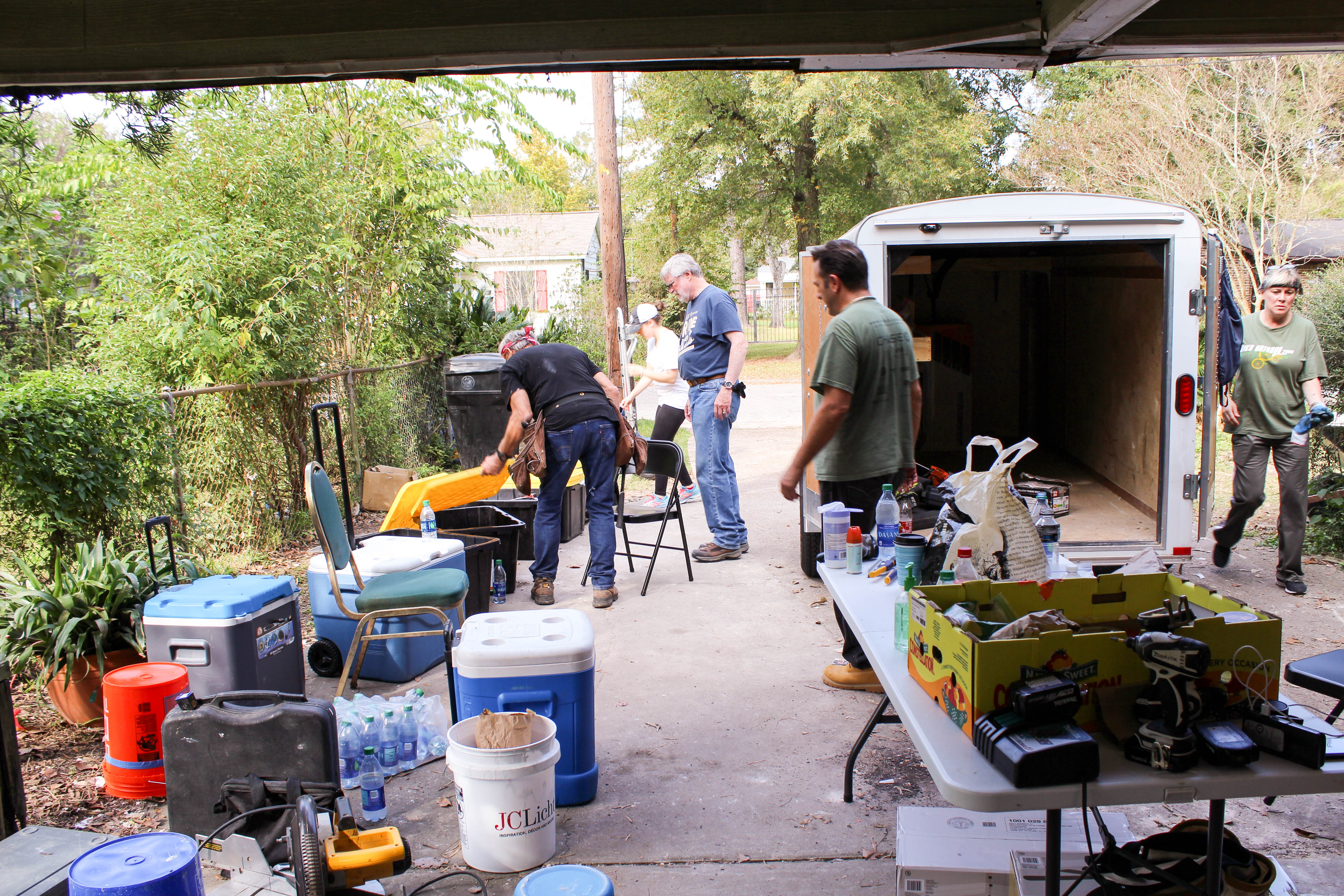