"This is the best thing that has happened to me. For women especially, they push you to be independent, to get ahead and to thrive in a place where it can be difficult at times." 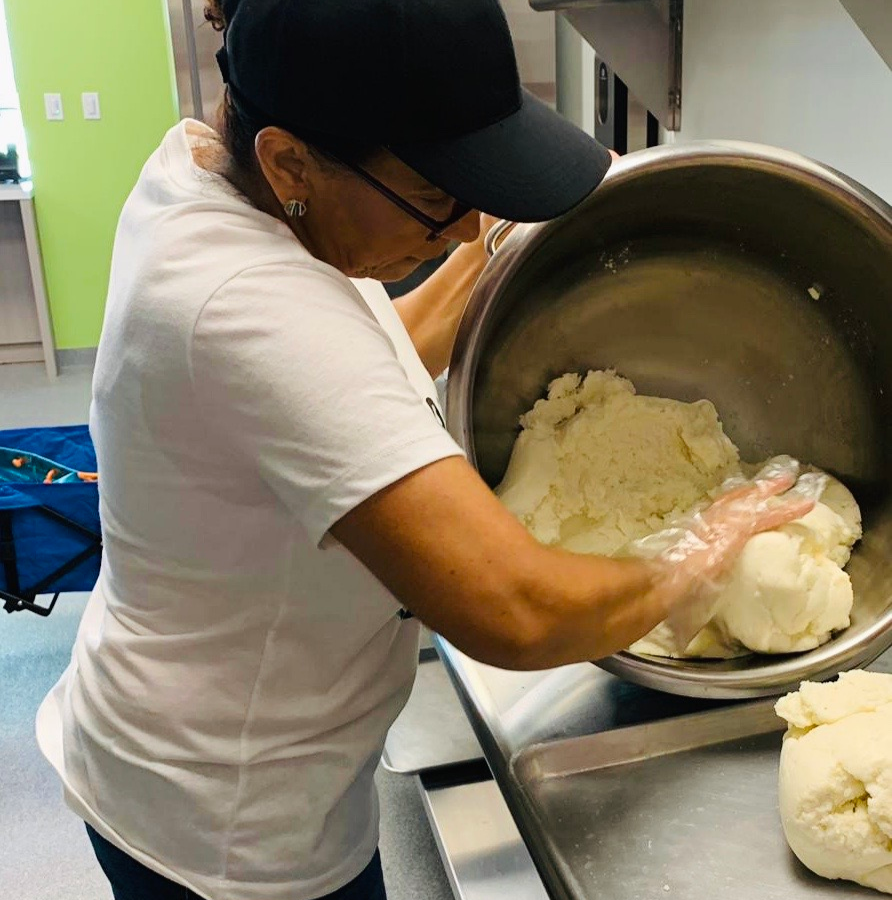 For Dalia Gomez, making arepas has always been part of life. As a young girl in Colombia, it was an integral part of the diet and a family tradition.

Now in Houston, she’s been selling them on and off for 15 years to generate additional income to support her family. Looking for ways to expand and quit her full-time job cleaning houses, Dalia decided to set-up a meeting with the Entrepreneur Connection Program at BakerRipley.

After that, she met with Small Business Coach Alexis Rios to talk about the best way to make a living moving forward – and expanding the arepa business was the way to go.

“The class was excellent, they treat you well and explain everything to you. They also follow up regularly so you keep up with your plan and are not left behind,” says Dalia.

Most importantly, the class helped her get organized and improve the overall product by standardizing recipes, costs, and prices.

In addition, she was connected to two farmers markets where she now sells her arepas on a weekly basis.

“The farmers market has introduced my products to a whole new crowd and it’s creating a new market for me,” says Dalia.

As she’s growing, so are her marketing efforts. Using a $5,000 loan from LiftFund she created marketing collateral, a logo, and social media campaigns among other things.

Similarly, she’s receiving guidance on how to sell her products to a local grocery store through a selection process.

In the past, Dalia only made arepas when people ordered them. However, as the business grows, she’s now making them as needed at Kitchen 3000 in the BakerRipley East Aldine Campus.

“I was practically one of the first persons to use the kitchen. It’s an incredible resource because when you’re starting in the food business you might not have the money for a commercial kitchen,” remarks Dalia.

Dalia takes great pride in making the arepas the same way her mother taught her when she was seven. Today, she still makes them the same way, only that she has some more modern tools to help in the process.

Plans for the Future

Dalia still hasn’t quit her full-time job, but she knows it’s coming soon. She’s in the process of establishing a more regular schedule to use the kitchen and streamline her production.

In a year or two, the plan is to open a small café type place to sell arepas and have a few tables for people to sit.

“When people like your food and they come back for more, that’s the greatest satisfaction,” exclaims Dalia.