Entrepreneur Connection: A traumatic episode motivated her to start a business

It took years, but the Uber-type app for interpreters is now a reality. 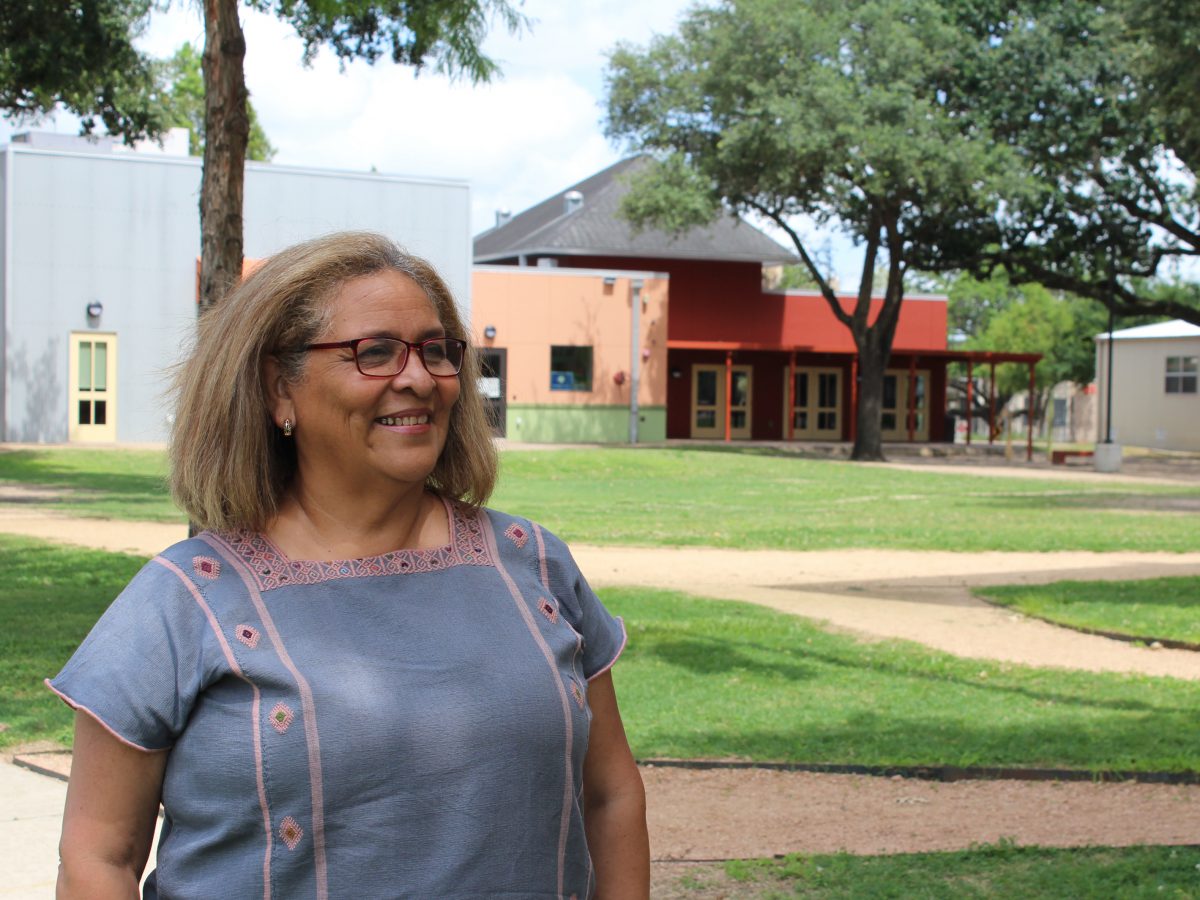 When Maria Esther Hernandez first came to Houston, she was admitted to an intensive care unit for a life-threatening illness while pregnant with her daughter. Even though she was unable to communicate in English, she was never offered an interpreter.

She would soon find out that her case was not unique and that interpreters were not always provided. Later on, she would observe the issue firsthand while working as an interpreter in the Texas Medical Center.

The traumatic episode motivated Maria Esther to dream up a solution. She didn’t want anyone else to experience what she felt that day. It took years and many sacrifices, but her Uber-style app for interpreters is now a reality.

“A lot of people, especially if they don’t fully speak English, miss out on the resources that are available for everyone in this country. BakerRipley gives you access to these resources. It provides information in English and Spanish and it opens the doors to a world of possibilities,” said Maria Esther.

Searching for support, she decided to visit the BakerRipley Gulfton Sharpstown Campus in 2018. Once there, she asked about starting a business and was promptly referred to the BakerRipley Entrepreneur Connection program.

That was the start of her entrepreneurship journey, which eventually led to launching Omni Language Professional Network, an Uber-type app for interpreter services.

“The first time I thought of commercializing it, I came to BakerRipley to learn about the basics of running and structuring a small business,” added Maria Esther.

The barriers of interpretation services

Maria Esther is a native of Mexico, where she worked as a General Practitioner. However, like many other immigrants, she had no choice but to change careers when she arrived in Houston in 2000.

After a few years of preparation, she became a staff interpreter for the Texas Medical Center.

While there, she experienced firsthand the barriers interpreters, healthcare providers, and administrators, faced to deliver interpretation services. One of the main obstacles was the coordination of interpreters, especially during emergency and disaster situations.

The “Uber” for interpreters

Her app would allow easy scheduling and convenient tracking of interpreters – with an “uber” like system. A solution that could impact the medical field and other industries that worked with interpreters.

“It will reduce the waiting time and the uncertainty of interpreters and those needing interpretation services,” explained Maria Esther.

This is critical, especially when you have an end-of-life situation and you need to contact a family member that doesn’t speak the language. Or if an organ becomes available for a transplant and the recipient needs to be reached.

Her line of apps supports the medical, immigration, and education sectors.  It makes it easier for interpreter’s doctors, teachers, lawyers, and more to directly interact with each other and coordinate.

How does it work?

When an interpreter logs in, his coordinates are registered in a map. When clients open the app they can see where the interpreters are located in real-time. All the client needs to do is type the first three letters of the language they’re looking for and it will filter the rest of them out.

After completing BakerRipley’s “Launch” class where they learn the basics of running a business, she officially created her business plan. Next, she participated in Lanzate Houston, a business pitch competition in Spanish. Maria Esther impressed the judges and was the winner in the “Launch” category of Lanzate Houston in 2018.

After the Lanzate, she entered other pitch competitions to connect with people in specific industries and share this new app.

Maria Esther was referred to our partner SCORE Houston to get a mentor with technology expertise and to Houston Community College (HCC) to participate in their “Small Business Success Series”. In 2019, Maria Esther was still looking for more knowledge and enrolled in the University of Houston’s SURE program.

Maria Esther came back to BakerRipley in 2020 with a refined app and lots of new knowledge and business connections. It was time to prepare for the official launch of OMNI Language Professional Network.

As part of the launch, BakerRipley connected with Bayou Microfund – a key partner and KIVA underwriter.

Our staff worked with Bayou Microfund to ensure she was successful as she ventured into crowdfunding. OMNI Language Professional Network was officially posted to the KIVA platform in February. During the fundraising period, she was powered by 96 lenders from around the world and got $6,500 at 0% interest with a loan length of 42 months. Our first partnership with Bayou Microfund and KIVA was a great success.

OMNI Language Professional Network launched and went live earlier in June. The coaches at BakerRipley are proud of Maria Esther’s perseverance and passion to follow her dreams!

“I had many fears at first, but I made a list of the things that scared me and looked for answers. This BakerRipley program provides people with a way to earn their own money, to be their own boss, and not depend on an employer who might not provide the best wages or benefits, or the flexibility for someone to take care of their family,”  added Maria Esther.