“Every time I step inside the campus I feel a sense of pride that I haven’t found anywhere else." 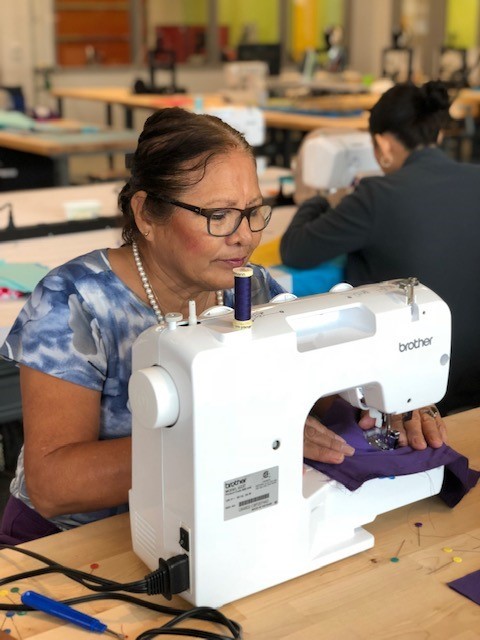 Before discovering the BakerRipley East Aldine Campus, Faustina Sifuentes struggled to find a place where she felt wanted and respected.

A long-time East Aldine resident, she didn’t have many choices for activities as a senior and she didn’t own a car. However, all that would change when she found out about the opening of a new community center.

Faustina took a chance and attended the grand opening of the center last September.

“I didn’t know what it was, but there were offering lots of classes and I became interested in the sewing class,” says Faustina.

After that class, she became one of the first community members to get a membership at the East Aldine Campus. In turn, she now attends all of our events, but her favorite class is still the sewing classes.

“When I first came I didn’t know anything, not even how to put the thread through the needle and now I’ve learned how to sew,” exclaims Faustina.

For Faustina, the BakerRipley staff is like family. She’s found a deep connection to the community that had been missing before.

She’s also formed a sisterhood with the other women who attended the same class.

“I feel connected to all the members and I mean that from the heart,” says Faustina.

As for her next project, she plans on furthering her skills by enrolling in other skill-building classes, such as jewelry making.

“Every time I step inside the campus I feel a sense of pride that I haven’t found anywhere else,” concludes Faustina.