Collaboration is key to recovery

Hurricane Harvey dealt a devastating blow to Carlos Tejada, but he overcame adversity thanks to various agencies collaborating to rebuild homes and lives. 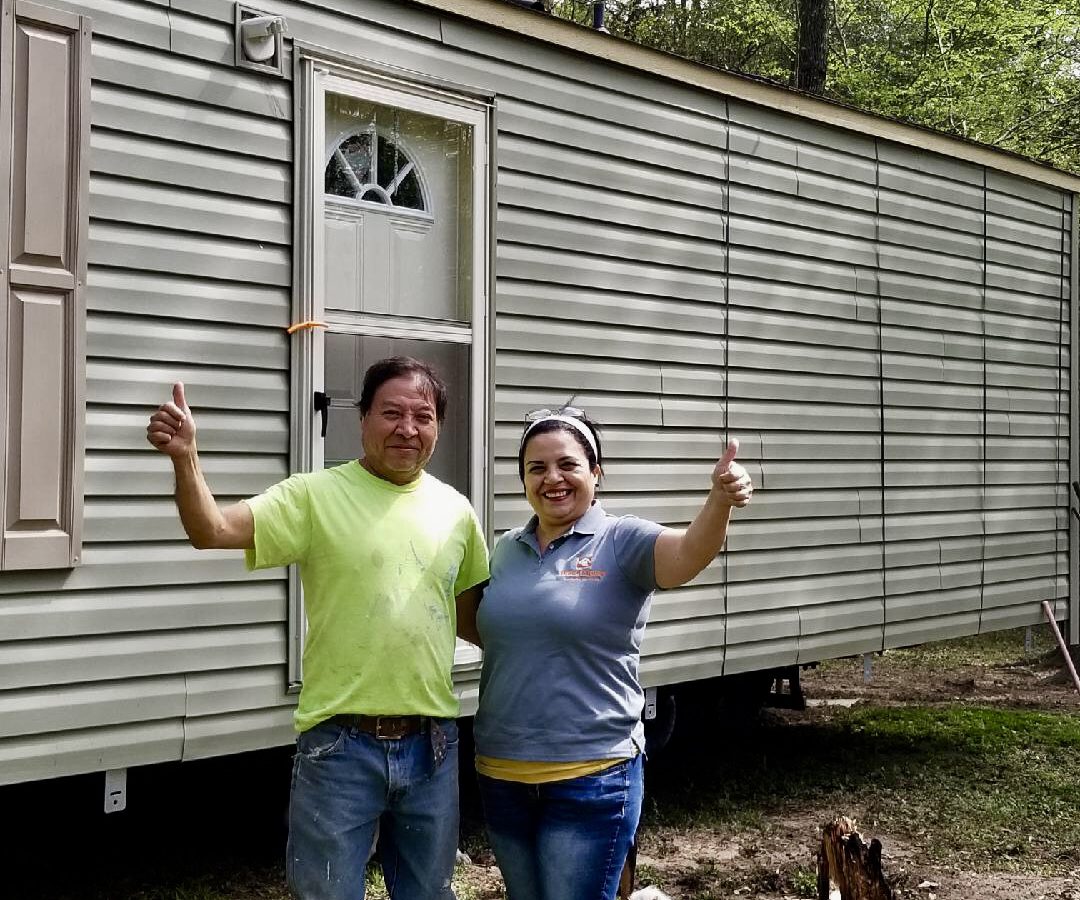 Carlos, his wife and four children hit a streak of bad luck because of Harvey. It left their house unlivable. Their new living and sleeping space became a tent and small R.V. donated by a local church. They parked it on their flood-damaged property.

Moreover, the 59-year-old lost his car in the flood. This left him jobless with bills piling up. As a result of the stress related to Harvey, his marriage fell apart. They separated and his wife took the children. Consequently, Carlos fell into a deep depression.

After that, his luck turned around. A FEMA check arrived a few months later, for instance. He took the nearly $1300 and invested it in repairing his car. This allowed him to land a job as an independent handyman.

BakerRipley believes in the power of working together to rebuild communities and that rings true in our disaster recovery work.Carlos got connected to us through the Montgomery County United Way Office in October 2017.

The path to recovery is a long process, usually taking between 3 to 5 years. Carlos is a living example of this statement because we are still in the process of helping him recover.

Carlos connected with BakerRipley Disaster Case Manager Daniana Trigoso-Kukuliski. Through BakerRipley basic needs distributions, Carlos received gift cards to help replace some of the personal items he lost. In addition, he got accepted for the Manufactured Home Program of United Way and he now has a new mobile home to call his own. Furthermore, as a result of Daniana’s personalized service, she secured a queen bed, mattress, dining table set and sofa and love seat from our partner, Southwest Surplus.

A collaborative effort is key

From the initial United Way connection to BakerRipley, to the final stages of recovery – there have multiple agencies that came together to ensure Carlos’s recovery.

In addition to BakerRipley, the United Way and Southwest Surplus, the Salvation Army came through with various household items, including bunk beds for the kids, mattresses and other household items. The Montgomery County Community Foundation is paying for a new septic tank installation. The American Red Cross is providing funding to help Carlos get back on his feet. Project Comeback: Texas is paying for the disaster case manager to provide Carlos a holistic approach to recovery through our people-centered program design.

Carlos personifies the ‘beating the odds’ mantra. No matter the obstacles that were placed in his path, he managed to stay focused on making a new life for himself. As a result of the collaborative efforts of a handful of agencies, his journey to recovery is almost complete and the future looks bright once again.