In Mexico City, Adriana Sanchez worked as an industrial engineer. But in the United States, she struggled to speak English and couldn’t find work in her field. 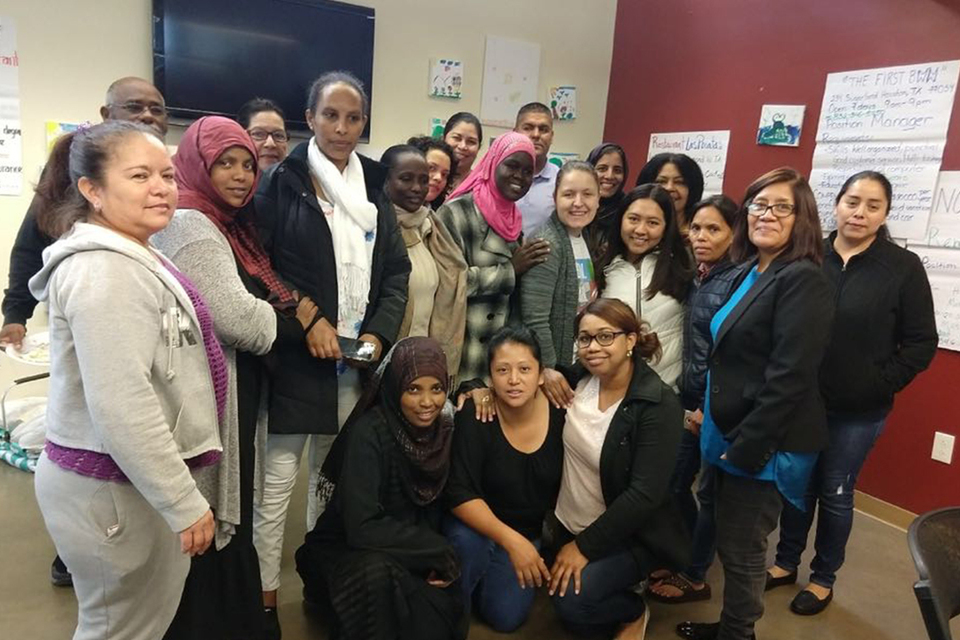 In Mexico City, Adriana Sanchez worked as an industrial engineer. But in the United States, she struggled to speak English and couldn’t find work in her field.

“I studied English in my country, but after I finished, I didn’t practice. When I started my job after college, we didn’t need to speak English in the office,” Adriana said. “In order for me to get a job here, I knew I would need more practice speaking.”

Last year, Adriana and her husband made the decision to move to Houston, where his family lives. With a bachelor’s degree in engineering, she worked for a company that developed mobile applications, overseeing IOS and Android app updates for a major bank in Mexico City.

Adriana wasn’t sure where to start when they moved. However, a friend heard about services offered by BakerRipley, including free or cost-effective classes offered to the community. Adriana called and enrolled in an English as a Second Language class at the BakerRipley Gulfton Sharpstown Campus.

For several months, she worked hard and never missed a class. This past spring, she passed the Level 5 ESL course. The next step in the program was to complete a GED, but after her score was so high on the placement test, her instructors encouraged her to look at other options.

While waiting for her transcripts from her bachelor’s, she stumbled across an opportunity to volunteer with the Neighborhood Tax Program.

“I still didn’t feel confident in my English, so when I saw the Tax Centers needed help, I was interested,” Adriana said. “It was an opportunity to be more involved in the community, I could meet new people, and practice. I felt comfortable, helping people in both English and Spanish, and it made me happy to help.”

She’s now enrolled in Houston Community College to obtain an administrative assistant certification. Then, she wants to pursue a master’s degree in engineering.

“I want to work in engineering here, but I still need practice. In the ESL classes, it’s everyday language. The English is different in the industry, and I need that vocabulary,” Adriana said.

Looking back, she said a lot of people in her ESL classes spoke Spanish. In order to challenge herself, she partnered with people who spoke other languages.

“I made good friends with people from Turkey, Nepal, Afghanistan. And when I started to talk with them, I realized they have the same problems other people do,” Adriana said. “Although our culture is different, we are the same. The same thinking here. I really connected with those people. And I’m glad that I joined the class.” 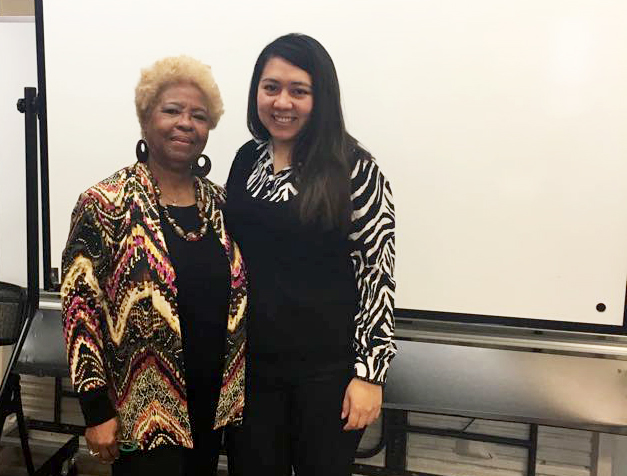