At Heart of Gold 2019, Adele shared her experience with the BakerRipley Dementia Day Center. 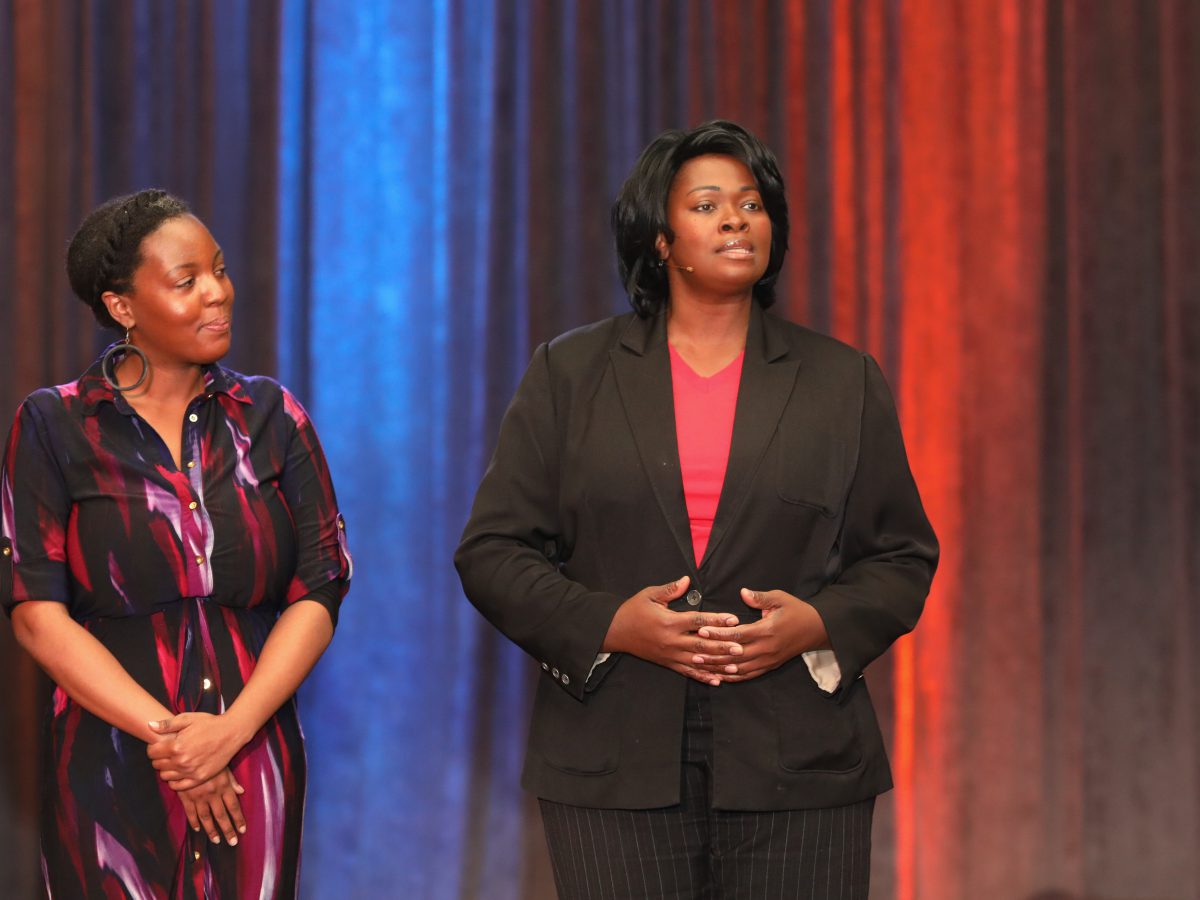 Adele didn’t really know her dad until he was in his 70’s. His wife, Rowena, called Adele when she saw changes in his behavior.

Adele’s father was in the early stages of dementia, and he needed 24 hour care.

Rowena ended up in the hospital, moved away, and left Adele’s dad alone.

Adele decided to move him into her home with her husband, son and grandchildren. He didn’t sleep at night and treated every room as a bathroom.

“I had to stay up with my dad all night. It was extremely stressful,” Adele said. “I was trying to juggle a job, be there for my family, and take care of my dad.”

Adele heard about BakerRipley’s senior services. Erial Green recommended that Adele check out the BakerRipley Dementia Day Center. That was Adele’s biggest relief. She didn’t have to worry about her dad during the day, and she could get her job back. He was in a place where people knew how to engage him.

There’s a library at the center that has a wealth of information about dementia. Adele read and read and read some more. She wanted to get a handle on what was to come with the progression of this disease.

Erial also told Adele about BakerRipley’s Caregiver Meet-Up: a time when caregivers can get together and share stories. Adele didn’t feel alone anymore, but her father did.

Adele took him to visit his sister in the nursing home. She too suffered from dementia and when it was time to leave, they both would be upset.

Adele reached out to BakerRipley to see if they could make room for her aunt in the center. They did.

Six months later, Rowena returned to Houston in poor health – with dementia herself.

Faced with caring for another family member, Adele was overwhelmed.

Erial made it happen again.

Rowena was able to attend the Day Center with Adele’s dad and his sister, and she stayed with all three of them in the evenings.

“I so appreciate you, BakerRipley. You offer them a safe place to spend their days and maintain their dignity,” Adele said.